Over at the League of Ordinary Gentlemen, Will writes about Peter Orszag’s decision to take a multi-million dollar job with Citigroup shortly after leaving the Obama administration:

There’s another consequence of the revolving door phenomenon that really bothers me. My brother, who happens to be a recent college graduate, made an off-hand remark the other day about how nobody finds a job without an ‘in’ or a personal connection. At face value, this is faintly ridiculous: a white, upper-middle class kid with a degree shouldn’t be complaining about tough career prospects. But it’s a sentiment I’ve heard from many of my peers in the 20-something, college-educated demographic, and I can’t help thinking that Orszag’s new job is another data point in a line of policies and events that — while perhaps defensible individually — have created a prevailing narrative of influence/personal connections trumping ability/merit/worthiness. Maybe I’m reading too much into a few tossed-off remarks, but I’d venture that an entrepreneurial society depends to some degree on a culture that downplays influence-peddling and emphasizes individual achievement….This is all wildly speculative, 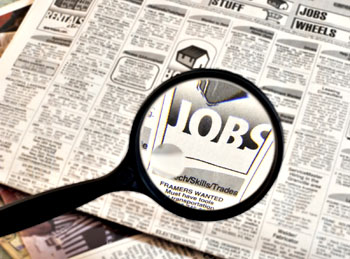 of course, but I kind of wonder if a deluge of uncomfortable stories about corporate bailouts and political insiders could eventually sap some of this generation’s entrepreneurial vitality.

I don’t have any idea whether this kind of thing saps entrepreneurial vitality — I’d guess not — but I’m curious about this personal connection business. I’ve heard this relentlessly too, usually with a figure of some kind attached. For example, 80% of successful job applicants heard about the job, or got the job, or something, because they knew somebody somewhere who recommended them (or maybe just told them about it). It’s never clear where these numbers come from, or whether they only apply to white collar jobs, or whether it’s all BS, or what. But certainly a lot of people believe it.

Anyway, the reason it’s always struck me is that I’ve never gotten a job via personal connections. (Well, once, for a short-term consulting gig.) I’ve either just applied based on an ad or else been recruited. I’m not a very social person, so maybe that’s all there is to it. But then again, I’ve also hired plenty of people, and interviewed people hired by others, and very few of them came in the door via personal connections.

So: comments are open. Is my experience unusual? Or is this business of needing an “in” just an urban myth, and most people get jobs exactly the way you’d expect: by applying for them blind. Anybody have anything interesting to say about this?