Alex Tabarrok noodles on the difference between postwar recessions and modern recessions:

Firms used to engage in labor hoarding during a recession and now firms are labor disgorging [i.e., firms used to hold onto workers during a recession, but now they fire them at the first sign of a slowdown]. As a result, labor productivity has changed from being mildly pro-cyclical to counter-cyclical. Why? I can think of four reasons. 1) The recession is structural, as Tyler has argued. If firms don’t expect to ever hire workers back then they will fire them now. 2) Firms expect the recession to be long — this is consistent with a Scott Sumner AD view among others. 3) In a balance-sheet recession firms are desperate to reduce debt and they can’t borrow to labor 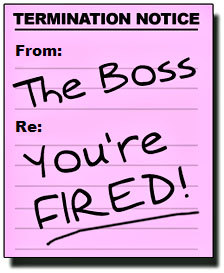 hoard. 4) Labor markets have become more competitive. Firms used to be monopsonists and so they would hold on to workers longer since W<MRP. Now that cushion is gone and firms fire more readily. What other predictions would this model make?

All of these things may be true, but I’d offer one further explanation: in the past, holding onto workers through a recession was simply part of the social contract. Economically, it didn’t make any more sense in 1955 than it does today, but firms did it anyway because it was expected of them. In union-dominated industries, contracts demanded this kind of behavior. In non-union industries, corporations did it as a way of keeping unions at bay (since unions had a much easier time organizing industries that provided lousy benefits). And white collar industries didn’t feel that it was right to treat their workers worse than blue collar workers were treated. All of this conspired to create a social custom that bound workers and firms together.

This all evaporated in the 80s, of course, as younger workers largely got tired of dedicating themselves to a single company for life and corporations didn’t feel like they could compete with rivals who were more ruthless about downsizing. As a result, workers are now fired much more quickly during downturns and hired back more slowly during recoveries. It’s no coincidence that we first saw this pattern following the 1991 recession. It’s just one more example of economic behavior which is, technocratically speaking, more efficient, but in which the benefits of that efficiency flow pretty much entirely in only one direction.