Jonah Goldberg is dumbfounded at Barack Obama’s desire for the United States to let others take the lead in the Libya operation. But that’s not what really ticks him off:

What’s most infuriating is that if this ends “well” — say Qaddafi is killed by one of his own men in the next couple days or the rebels manage to assassinate him, or he flees to Venezuela, whatever — you know that Obama will take credit for leading this successful mission and he will be praised for his “leadership” by 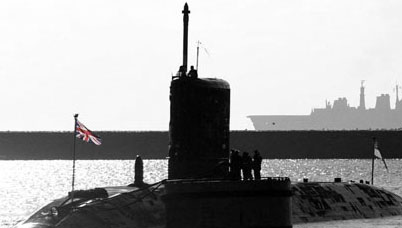 many of the same people who are now pretending they believe this fiction that NATO has taken over.

Actually, it seems like this would be fair enough, since Goldberg and his copartisans are equally ready to trash Obama regardless of how everything turns out. Still, I think this is a telling comment. It’s no surprise that conservatives are upset that Obama is taking the back seat in a military operation — even rhetorically — and allowing our allies to take the lead. Given their peculiar worldview in which America is required to assert its superiority at all times and in all places, this is plainly intolerable regardless of whether or not it makes sense. Goldberg, in fact, views it as almost self-evidently impossible for someone else to be in charge.

But as bad as this is, what’s even worse is the possibility that it might work: it’s entirely possible that Qaddafi will leave or be defeated and that the rebels will win a victory that’s not viewed as merely another case of American imperialism run amuck. That would genuinely be a victory for American foreign policy, and Obama would deserve tremendous credit for it.

If it works, that is — something that’s obviously still up in the air. I’m not thrilled with this operation, and I’m not thrilled with the seeming disarray over who’s controlling it and what we’re trying to accomplish. Still, this isn’t Vietnam or Iraq: Obama is taking the risk that a limited military operation in Libya can succeed in the short term if American arms are brought to bear, and can also succeed in the long term as long as American arms and American interests aren’t viewed by the Arab world as the prime motivation for action. Oddly, even after decades of experience with blowback, conservatives still don’t seem to get the second half of this equation.

In the end, Obama might be wrong. We might not be able to topple Qaddafi with France and Britain driving things, and even if we do it might not turn out to make much difference in how the Arab world views us. That’s the risk Obama is taking. But if it does work, he’ll deserve all the credit he gets for it.