Why have Republicans changed their minds recently on issues like cap-and-trade and the individual mandate? My take is that they never really supported these things in the first place, and endorsed them only as a temporary tactic to fight off more liberal proposals from Democrats. But once those liberal proposals were off the table (or could be plausibly defeated in a straight-up vote), they didn’t need to pretend to support alternatives anymore and simply reverted to opposing any change at all.

A couple of days ago Ezra Klein improved his counterargument that the real reason is simply partisan opposition to all things Obama. If Republican attitudes had changed gradually, that would be one thing. But if they changed almost overnight between 2007 and 2009? Then it sounds like Obama is the real source of these flip-flops.

I was thinking about this last night, and the topic of campaign finance disclosure popped into my mind. Republicans used to be all for it. Then the Supreme Court handed down its pro-business Citizens United ruling, allowing 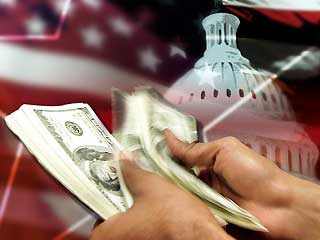 businesses to spend freely in elections but also making it clear that Congress could require disclosure of campaign contributions if it wanted to. Suddenly Republicans were dead set against disclosure. Norman Ornstein picks up the story:

In March of 2000, a Wall Street Journal editorial said, “Our view is that the Constitution allows consenting adults to give as much as they want to whomever they want, subject to disclosure on the Internet.” That same year, Republican Senator Mitch McConnell asked, “Why would a little disclosure be better than a lot of disclosure?”….Last month, Mitch McConnell now says he views disclosure as “a cynical effort to muzzle critics of this administration and its allies in Congress.” He savaged the White House for considering an executive order to require corporations getting federal contracts to disclose its corporate spending on campaigns….What’s more, last fall, McConnell pulled out all the stops to prevent passage of the DISCLOSE Act, which would have required all corporations and unions to disclose their campaign spending. McConnell managed to pressure every Republican from supporting cloture, leaving the legislation, which had passed the House, stuck at 59 votes in the Senate.

….What to make of the turn away from support for disclosure? I can draw only one conclusion: The earlier support for disclosure was a façade. McConnell, McGahn, and the Journal, among others,don’t actually want transparency or any regulation. At base, they are for a wholly unregulated, Gilded Age-style campaign system where big and secret money rules.

This is actually evidence for both flip-flop theories, I think. Ornstein is almost certainly correct that Republicans want no regulation of campaign finance at all, and at any given time are simply adopting the most extreme position they think they can get away with. On the other hand, there’s not much question either that the rock-solid Republican opposition to the DISCLOSE Act was largely motivated by pure partisan hostility. In the end, I guess maybe we don’t really have to choose between these two explanations of Republican behavior at all. Why can’t they both be true?