A while back the Wall Street Journal filed a Freedom of Information request for the records of every private aircraft flight recorded in the FAA’s air-traffic system from 2007 through 2010. They’ve been having fun 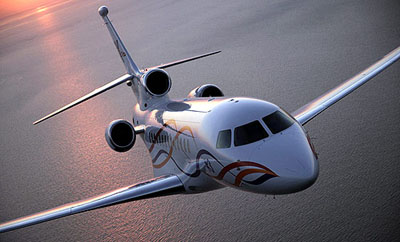 ever since (and you can too, using their online database), and today they report on the remarkable number of corporate flights that just happen to go to and from resort locations:

A Wall Street Journal review of FAA flight records found that dozens of jets operated by publicly traded corporations made 30% or more of their trips to or from resort destinations, sometimes more than 50%. Often, these were places where their top executives own homes….The high percentage of trips to vacation destinations in a few cases suggests some companies’ jets are frequently used by executives to make personal trips.

Yes, I suppose it does suggest that. How many clients can you possibly have in Aspen and Jackson Hole, after all? What’s most fun about the article, though, is the variety of excuses for this behavior.

There’s this: “Stewart Reifler, an attorney at Vedder Price in New York who represents executives in negotiating pay packages, said […] it is hard to distinguish a CEO’s work time from his leisure time. ‘Even if they go to a resort,’ he said, ‘they’re still reviewing papers, looking at their BlackBerrys and talking on the phone. You just can’t compartmentalize these guys’ lives.’ “

And this: “Yum Brands Inc., which owns Kentucky Fried Chicken and Taco Bell, said in regulatory filings that CEO David Novak and his wife are required to use company aircraft for personal and business travel in part because ‘Mr. Novak has been physically assaulted while traveling.’ “

And this: “A Comcast spokesman said use of the planes ‘significantly enhances the efficiency of our executives’ conduct of business.’ “

And this: “A Nabors spokesman said the company has offices in [Palm Beach and Martha’s Vineyard], at Mr. Isenberg’s homes. ‘He works out of those locations a lot,’ said the spokesman, Denny Smith.”

And this: “Jarden Corp., a consumer-products concern in Rye, N.Y., that markets K2 and Volkl skis….The busiest destination for Jarden’s jet, after its New York base, was Aspen, Colo….Ian Ashken, Jarden’s chief financial officer, said…that Jarden, as a leading ski maker, sometimes entertains customers in Aspen and has an office there with ‘no more than two people.’ “

If that’s all there were to it, it would be amusing but otherwise harmless. However, the Journal has amassed a fair amount of evidence that corporations don’t come even close to disclosing the value of these trips as required by law. For example: “EMC pegged the cost to shareholders of Mr. Tucci’s personal flying at $664,079 over the four-year period….The Journal’s estimate of the cost of EMC’s flights to or from just the airports near the CEO’s homes was closer to $3.1 million.”

And finally, there’s this:

Many companies prefer to keep their aircraft movements hidden, using an FAA-approved program that allows plane owners to “block” their flights from websites that display air traffic….The Obama administration in late May announced it would sharply curtail the FAA program starting in August, saying that privacy concerns don’t outweigh the public’s right to know about the use of public airspace. It would exempt aircraft owners who could show a “valid security threat.” Congress is considering a measure that would stop the change.

I’ll just bet they are. Hell, this might finally explain why Wall Street is so pissed off at Obama even though he not only rescued their entire industry, but then paid them handsomely for the privilege of doing so. It’s not because of Dodd-Frank, which bank executives know perfectly well is a pretty modest measure. And it’s not because he called them “fat cats” once. They can handle that. But this is different. Obama apparently doesn’t get the fact that corporate princelings should not be required to follow the same rules as the grubby masses. He wants to take away their special invisibility privileges, and that’s inexcusable.

Plus there’s the higher taxes, of course. That’s inexcusable too.