In the camera thread last night I mentioned that one of these days I’d take pictures of the entire Drum family camera collection, from 1935 onward. Well, why not now? However, since most of you aren’t interested in this kind of thing, I’ve put it below the fold.

1935: This is a Kodak Junior Six-20, so called because it takes 620 roll film. “Use Kodak Filim in the yellow box,” it says on the inside, “It gets the picture.” The Web informs me that there were three variants of this camera, but mine doesn’t actually look exactly like any of them, so I’m not sure precisely what it is. In any case, it was my father’s camera when he was a boy, and it seems to still work fine. (Though if you actually wanted to use it, you’d have to respool 120 film since Kodak doesn’t make 620 anymore.) 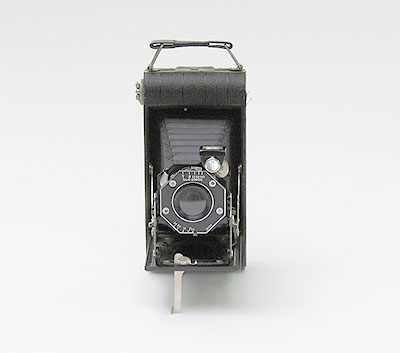 1942: My father’s Speed Graphic. This is famous as a press camera of the 40s and 50s, and my father used it in high school to take pictures for his school paper. It’s a “Miniature” Speed Graphic that takes 2¼ x 3¼ sheet film, it has both a focal plane shutter and a leaf shutter in the lens, and it’s not for the faint of heart. The film cartridges are shown on the left, and each cartridge takes two sheets, one on either side. You have to load them in a darkroom and then schlep around with a bag full of pre-loaded cartridges. To take a picture, you stick the cartridge in the back of the camera, pull out the black tab that protects the film from the light, snap your picture, put the tab back in, and then flip it around. Be sure to always put the tab back in, and be sure to remember whether you’ve already used both sides of the cartridge or just one! And if you run out of film? Tough luck. Processing the film is a joy too. I fooled around with it when I had a darkroom back in my teenage years, and it sure makes you grateful for 35mm roll film. 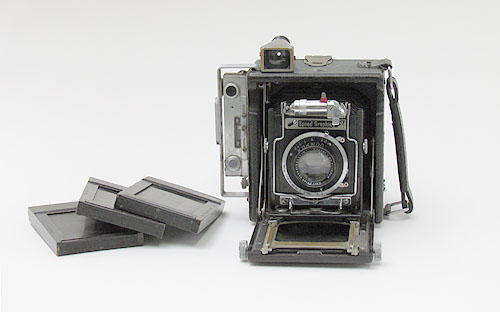 1947: A Leica IIIc, my father’s next camera. This is one of the most famous cameras in history, and I used it myself when I first got interested in photography in the early 70s. 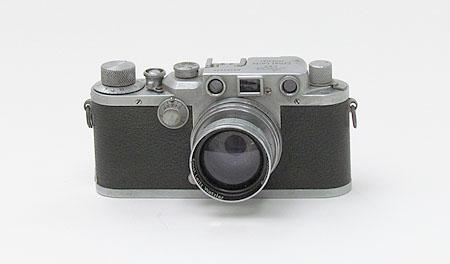 1969: A Nikon F Photomic. There’s actually a camera missing in the sequence here, a Minolta SLR of some kind that my father traded in when he bought the Nikon. This is also one of the most famous cameras in history. 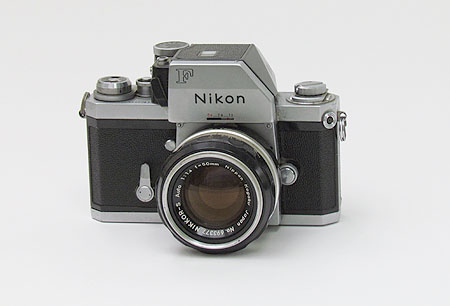 1971: A Yashica Atoron “spy” camera. This was one of my father’s less wise purchases from this era, along with such things as a Polaroid SX-70 instant camera, a monster 50-300mm zoom lens for the Nikon, and a Curta calculator. The Curta wasn’t really all that useful, but it was quite a marvel of mechanical engineering. Needless to say, the invention of small electronic calculators killed it off in short order.

1973: Kevin’s first real camera, an Olympus FTL. This was a placekeeper camera introduced by Olympus shortly before the revolutionary OM-1 came to market, and in 1973 they could be purchased cheap. This was an important consideration, along with the fact that the camera takes Pentax thread-mount lenses, which could also be purchased fairly cheaply. It’s actually quite a nice camera, and served me well. 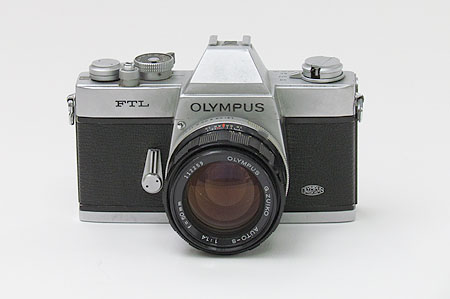 1985: The Canon F1, a modern SLR to replace the Olympus. It’s a mostly mechanical camera, which appealed to me at the time for some reason. I guess I had an unreasoning fear of dead batteries or something. It’s a brick of a camera, and in this photo it’s sporting the then-state-of-the-art Vivitar 28-90mm zoom lens. 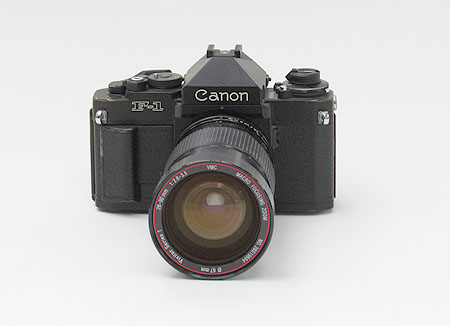 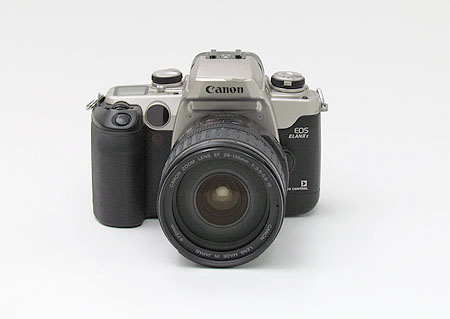 1997: My first digital camera, a Sony Mavica. Anybody remember this? This was in the era before memory chips, so it stored its photos on a 3.5-inch diskette. As you can guess, this also means it took pretty low-resolution photos that could be compressed down to 100K or so. It was amazing for its time, which lasted about one year. 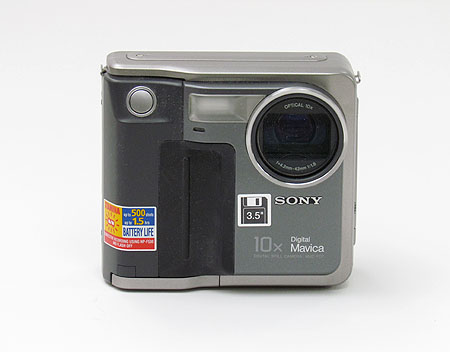 2001: My beloved Nikon Coolpix 995, looking jaunty with a 24mm wide-angle attachment installed. The body twisted in the middle so that you could take pictures from any angle. This is probably my favorite camera of all time. 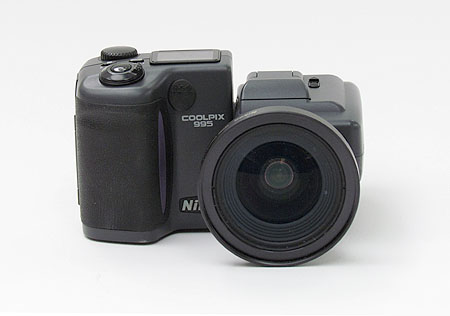 2007: But time marches on, and eventually I decided to get a new camera. I’m completely addicted to articulating LCD screens, so that limited my choices. I ended up buying a Canon S5, a perfectly good little device that’s been responsible for catblogging ever since I got it. I never really loved it, though, partly because the lens maxed out at the wide-angle end at around a 35mm equivalent. I really, really like having a wide-angle view, though, so I always resented the S5. 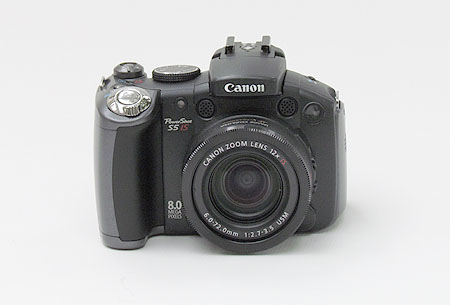 2011: Hey, waddaya know: an improved version of the S5 that sports a 24mm equivalent wide angle! It’s the SX30, and although I still don’t find it a very lovable camera, I always said I’d buy a new version when Canon came out with one that had a better wide-angle lens. So I did. This one, remarkably enough, has a range of 24-840mm. Picture quality is about what you’d expect from a lens like this, but it’s perfectly adequate. And technologically, it’s a marvel. I’m still waiting for lens technology to skip past glass and go straight to direct manipulation of space-time that will produce a zoom range of 1-1 million mm, but until then this will have to do. 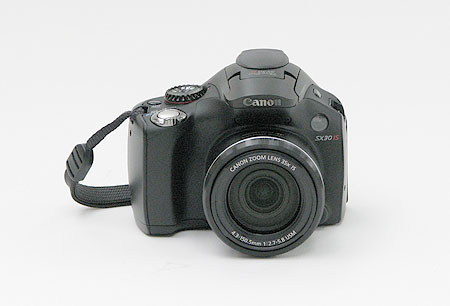