David Brooks argues today that a bottoms-up system based on competition has a better chance of reining in Medicare costs than a top-down system based on expert opinion. As part of his argument he dredges up a couple of examples where Medicare experts have been wrong in the past. Fair enough, I guess. Sort of bush league, but a pretty common practice among opinion mongers.

But then he decides to go further:

Moreover, if 15 Washington-based experts really can save a system as vast as Medicare through a process of top-down control, then this will be the only realm of human endeavor where that sort of engineering actually works.

I know this is an applause line in certain circles, but really, what possesses people to say stuff like this? Top-down control has never worked in all of human history? Seriously? Is the Catholic Church a successful endeavor? How about the U.S. Army? Or the interstate highway 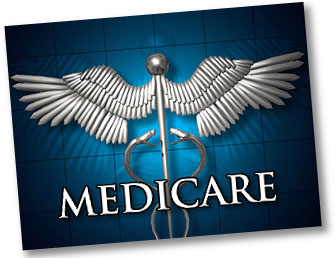 system? Or every corporation in America? Corporations may be embedded within a larger competitive ecosystem, but almost universally they thrive within this system via top-down management structures. If you don’t believe me, try working for a corporation.

Look: virtually every real-world instance of human organization works via some combination of top-down planning and bottoms-up competition. The pope is the unquestioned leader of the Catholic church, but in practice there are also lots of competing power centers within the church. Likewise, free market capitalism is primarily a system of aggregating individual preferences, but it works a lot better when there’s some top-down planning to regulate the financial system and provide a predictable set of laws and property rights.

Medicare is no different. The basic structure is top-down, but plenty of liberal healthcare wonks favor introducing some aspects of competition. That’s never really been the problem with Paul Ryan’s Medicare proposal. Allowing beneficiaries to choose between competitive plans has plenty of supporters on both sides of the aisle, but on the liberal side we also want to make sure that funding remains strong enough to guarantee high-quality care that’s affordable for everyone. Paul Ryan very decidedly doesn’t care about that, and provides little more than handwaving when you ask him how his plan will work. That’s what really sets the two sides apart.

The fact is that there’s zero evidence from anywhere in the world that simply forcing seniors to pay a way bigger share of their Medicare bills will substantially rein in healthcare costs. (It would certainly rein in Medicare costs, almost by definition, but unless healthcare costs also come down it does it simply by denying care to lots of people.) There is, however, limited evidence that it might put modest downward pressure on costs. Likewise, there’s little evidence that better planning and control can have a large and durable impact on healthcare costs, but there is plenty of evidence that it too can put modest downward pressure on costs. Put both together and we’ll probably make some progress.1 Pretend dogmatically that either one by itself is a silver bullet and you’re almost certainly guaranteeing future failure.

1Though, frankly, probably not all that much. I’m all in favor of attacking healthcare costs on multiple fronts, but I continue to believe that the fundamental reason healthcare costs keep going up all over the world is because that’s what people in rich countries want to spend their increasing wealth on. When it gets expensive enough that we collectively don’t think it’s worth spending more — regardless of whether that collective decision is expressed via the market or the ballot box — costs will start to plateau.