Hooray! One of my favorite pet peeves is in the news again. It’s the infamous — and endlessly debunked — 8×8 rule, namely that adults should be sure to drink at least 8 glasses of water per day. I got interested in this several years ago because I’m a human camel: I don’t drink anywhere near that much water and I feel fine. So I wondered 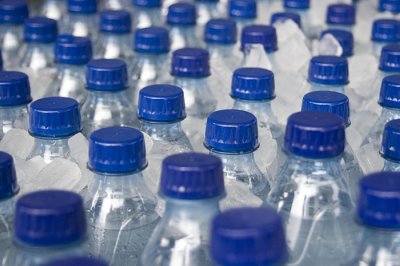 where this myth came from. Answer: after undoubtedly prodigious research, Heinz Valtin of Dartmouth concluded a decade ago that it most likely came from a single paragraph in an obscure government report in 1945. Here it is:

A suitable allowance of water for adults is 2.5 liters daily in most instances. An ordinary standard for diverse persons is 1 milliliter for each calorie of food. Most of this quantity is contained in prepared foods.

Note two things: First, this is based on no actual research at all. It’s just a casual guess. Second, even if it’s true, it was misinterpreted. Everyone read the first sentence, which suggests that a 2000-calorie diet requires 2000 ml of water, or roughly 64 ounces. But they sailed right by the second sentence, which says that you get a lot of this automatically in the food you eat. So even if this was good advice, it really meant something like five or six glasses of water per day, not eight or more.

So how much water should you drink? Answer: as much as you want. If you’re thirsty, drink some water. If you’re not, don’t bother. And “water” includes coffee, tea, soft drinks, and pretty much any other water-based beverage. Water with caffeine in it is just as good as water without it.

So why am I writing about this yet again? Because I’m amused by the fact that every couple of years someone rediscovers this myth, looks into it, and publishes a journal article debunking it. Valtin wrote about water requirements in 2002, the Institute of Medicine tackled the subject in 2004, and in 2008 Dan Negoianu and Stanley Goldfarb published a comprehensive piece in the Journal of the American Society of Nephrology concluding that for normal, healthy people there’s no evidence one way or the other that drinking lots of water has any health benefits. It doesn’t clear your kidneys of toxins, it doesn’t improve organ function, it doesn’t help you lose weight, it doesn’t prevent headaches, and it doesn’t improve your skin tone. (On the other hand, it doesn’t do any harm, either. If you’re thirsty, feel free to drink some water.)

But that was three years ago, so it’s time for another go-around. Jen Quraishi has the latest debunking today, reporting on a piece by Margaret McCartney in the current issue of the British Medical Journal. This time, though, there’s a brand new source of dubious hydration nonsense to be debunked: the bottled water industry:

While McCartney didn’t see evidence backing up the 2-liter-a-day rule, she did see bottled water companies pushing the “water=health” idea to sell more of their products. As McCartney wrote on her blog: “The bottled water industry is pushing the idea that we should drink more than we normally would with the promise of health benefits, and I don’t think there are any. That’s all. And I would recommend tap rather than bottled water: cheaper, and far better for environment.” The bottled water companies were not happy with McCartney’s attitude. In response, the European Federation of Bottled Waters wrote a letter to BMJ about McCartney’s article and cited a recommendation that “at least two liters of water should be consumed per day.”

McCartney, in fact, goes even further than other researchers I’ve read: according to Jen, “she found evidence that mental performance suffers when people drink more water than they’re thirsty for.” So take it easy on the Big Gulps, OK?