I don’t usually engage in too much back-and-forth blogging, since this rarely results in more light than heat. However, my Saturday post responding to James Fallows was so badly misconstrued in comments that I obviously expressed myself poorly. Let me take another crack at it.

Fallows was annoyed at a Washington Post story about the defeat of Obama’s jobs bill which (a) implied that No votes from two Democrats were somehow more important than unanimous opposition from Republicans, (b) didn’t mention that the bill was filibustered, (c) treated a cloture vote as if it was a vote on the bill itself, and (d) rather laughably suggested that the two Democratic No votes had somehow given cover to Republicans who might otherwise have voted Yes.

I’m on board with all of these items except for (c). The current reality of American politics is that cloture votes are, for all practical purposes, not mere “procedural votes,” they’re votes on the bill itself. 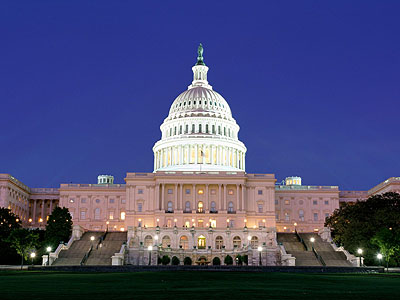 The current reality is that bills require 60 votes to pass the Senate. But in comments to the original post, Fallows says this:

The more important point, which I tried to stress, is that nowhere in the WaPo piece did the writer explain why a bill would “fail” with 51 Yes votes, how it had happened that 60 votes were required, that this was a filibuster-threat, or that we were dealing with a historically new situation. Yes, reporters should reflect the reality of a changed situation. But they should mention that it has changed, as this story did not.

This is a legitimate complaint, and it’s one I’ve made a number of times myself. But now I think we should go further. Unfortunately, I prefaced my disagreement with Fallows by saying “I’m on the Post’s side.” This led a whole bunch of people to think that I was pulling some kind of “reasonableness” schtick and suggesting that Fallows was being a little too radical. That’s exactly the opposite of what I intended.

These aren’t filibusters in the heroic Mr. Smith Goes to Washington sense, which is how most people react to the word. So rather than tediously explaining the evolution of the filibuster in every story, something that probably isn’t really practical anyway, I think the American news audience simply needs to be repeatedly exposed to the plain fact that the Senate is now a 60-vote body. Maybe then they’ll start wondering why.

So: Cloture votes should be treated as if they were votes on the bill itself because, in practice, they usually are. And news stories should explain that nowadays it takes 60 votes to pass a bill. This doesn’t require a longwinded explanation in every story about a Senate vote, it just requires a short and simple statement.

Whether you agree or disagree, this is, I think, more extreme than Fallows’s position. It’s time to stop pretending that each vote is some kind of historical aberration. News consumers simply need to be exposed, over and over, to the simple reality that the Senate is now a 60-vote body. Maybe this will get them fired up, maybe it won’t. But it’s more accurate than the current practice and, I think, more accurate and more practical than Fallows’s suggestion.