So, Christopher Hitchens. I’ve never read any of his books, only his columns and magazine essays, but am I the only one who’s feeling a strong need for a bit of perspective on the guy?

Politically, he spent the 80s as a Trotskyite, the 90s in transition as a lunatic Bill Clinton hater, and the aughts as a cheerleader for the Iraq war. This is not exactly an enviable track record of considered judgment.

As a writer, he was all over the map. His prodigious memory was, indeed, prodigious, and he was capable of brilliance. And yet, quite aside from his subject material, I never much warmed to him. His writing contained provocation aplenty, but far too much of it, I thought, was tediously bloated, a few hundred words of dashed off substance wrapped around many more hundred words of tired 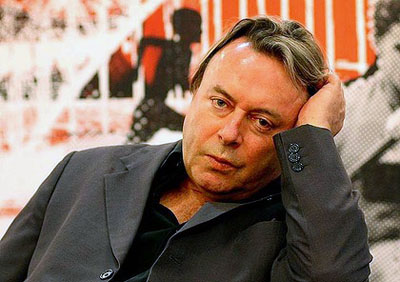 reminiscences, random bile, and frustratingly circuitous filler. It certainly wasn’t unreadable, and sometimes it produced a charm of sorts, but mostly it neither persuaded nor even really entertained on any kind of sustained basis.

So….I guess I’ve never quite gotten the cult of Hitchens. He had an impressively wide-ranging intellect, he was prolific almost beyond belief, and he was (I gather) personally gregarious and a good friend to thousands. But after half an hour of rereading old columns of his, most of them in carefully curated lists of “personal favorites,” I was mostly just reminded of why I never much cared for him. There just wasn’t much there there.

De gustibus non est disputandum. I have the mind of an engineer, so maybe his style was just never going to appeal to me. But his personal charisma aside, he sure seems to have combined almost appallingly poor political judgment with a rambling writing style that too often used its considerable (and genuine) erudition as a mask for its lack of a really sharp, well argued point. I never had anything much against the guy, but really, the hagiography is getting a little too thick to bear.

UPDATE: For what it’s worth, I should make it clear that I’m talking here solely about Hitchens’ writing on politics and current affairs, not his writing about culture and literature, which I’m not qualified to judge.