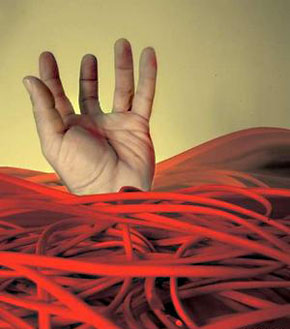 Michael Mandel argues that in the complex, modern economy, big companies are essential drivers of innovation. Only companies like Apple and Google are big enough to create the kinds of ecosystems that end up supporting lots of smaller companies and generating lots of jobs. This means that aggressive pursuit of antitrust actions can be a problem:

[Government] regulators are used to thinking in terms of U.S. markets. But most large companies today are global-facing, and concerned with their ability to compete in global markets, to negotiate with suppliers and to find customers. What matters is scale relative to the size of the global economy, not relative to U.S. markets. Scale is not the enemy of American prosperity, when achieved through honest competition.

Ah. “Honest competition.” That’s the key, and both “honest” and “competition” are equally important components of that. Jim Manzi comments:

I’m glad to see somebody on the left arguing for a modernized view of antitrust, but I think that what is essential if we are to do this is to reduce simultaneously the political power of large companies to stifle competition, as manifest in manipulation of patents, financial regulation, safety rules, and the endless list of regulations, subsidies, and tax breaks that govern the modern economy.

….The market process is imperfect and takes time, but in my view is preferable to one in which we allow large companies (which will always have an advantage in lobbying and compliance) to use the political process to protect their position, which we then counter-balance with antitrust regulation. No real system of political economy is ever pure, so we will always have some amount of political jockeying and counter-jockeying; but in general, the more we get government out of the way of innovation, the better off we will be.

I think that “de-politicizing” the economy could be an important and powerful component of a Republican presidential campaign in 2012.

One of these days, when the Republican Party returns to sanity and Democrats feel like they can safely sit across a table from them again, I suspect that this will be a fruitful area for conversation. Obviously conservatives are always going to have a more expansive view of deregulation than liberals, but if everyone is being honest this is the kind of regulatory reform that can fit the agenda of both sides. For a variety of reasons of political economy, liberals dislike entrenched corporate power and should be eager to dismantle regulations and tax breaks that protect the interests of big corporations and put up barriers to entry that keep smaller companies at bay. Likewise, conservative dedication to the principles of competition and free enterprise should lead them in the same direction. There won’t be any Kumbaya moments here, just a lot of grueling political horsetrading, but there’s still plenty of scope for agreement here. And it’s the only way this stuff will ever happen. Neither party alone will ever be willing or able to stand up to the tsunami of corporate lobbying that stands in the way of this kind of reform.

We’re years away from anything like this taking place. Democrats will have to decide that deregulation per se isn’t a dirty word, and Republicans will need to edge away from the tea party cliff and agree to genuinely deregulate in the interests of competition, not their corporate masters. Maybe it’ll happen someday.