Ed Glaeser is unhappy that we provide so much in-kind aid to the poor instead of simply giving them cash. The following is a mouthful, but bear with me:

Over the past 40 years, in-kind programs have grown steadily more important than cash transfers. In 1968, the last year of Lyndon Johnson’s presidency, the federal government spent $1.61 billion ($10.5 billion in 2012 dollars) on Aid to Families with Dependent Children (the predecessor of Temporary Aid to Needy 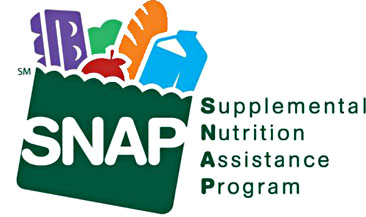 The 2013 budget contains $293 billion for Medicaid, $112 billion for food and nutrition service (food stamps) and $28 billion for tenant- and project-based rental assistance, which includes housing vouchers. That is a total of $433 billion of in-kind transfers from these three primary programs.

By contrast, the budget includes only $17 billion for the Administration for Children and Families (which administers Temporary Aid to Needy Families). The Earned Income Tax Credit paid out $59.5 billion in 2010, and Obama’s proposal would eventually increase its generosity by about $1.5 billion a year. Considering just these programs, the ratio of in-kind assistance to cash aid is now to 5.6 to 1. In 1968, the in-kind share of assistance was 60 percent; now it is 85 percent.

Glaeser goes through the various justifications for relying so much on in-kind aid and dismisses each of them, but he forgets one big one: the increase here is driven mostly by Medicaid. If Medicaid had stayed at the same level as in 1968, the percentage of in-kind aid would have changed from 60% to 66%. That’s still up, but it’s not up that much.1

And Medicaid, of course, is the one program that really can be justified as in-kind aid. It’s insurance that pays out at unpredictable intervals and in unpredictable amounts, so it can’t really be replaced by a simple monthly check. That’s why healthcare insurance is the usual way of paying for medical services in the first place. If insurance companies were required by law to sell insurance to all comers at a price set by the government, then a monthly check might work OK. But that’s not the case right now.

Medicaid aside, there are some good arguments for getting rid of the rest of our crazy quilt system of in-kind aid and simply mailing checks to poor people. It would sure be a lot more efficient. Unlike Glaeser, though, I think some of the arguments for keeping in-kind aid also make sense. All in all, though, his column is worth a read as long as you keep in mind that once you account for Medicaid, the increase in in-kind aid over the past 40 years isn’t quite as dramatic as he suggests.

1It’s also worth keeping in mind that the 2013 numbers Glaeser cites for in-kind aid are artificially high compared to 1968 because of the current economic downturn. They’ll go down once the economy recovers.