Alex Tabarrok links this morning to a VoxEU piece that blames America’s low savings rate on our growing level of transfers from young to old. In one way, this makes intuitive sense: the more confident you are that Social Security and Medicare will take care of you in your old age, the less motivated you are to save for old age. The authors then take this further, suggesting that low savings rates have cratered net domestic investment, and therefore economic growth. Maybe. But over the past couple of decades there’s been more than enough money available for domestic investment. That hasn’t been a problem. The problem has been finding useful real-world things to invest it in.

In any case, the whole piece lost me when the authors reported on the results of a simulation that looks at transfers from young to old and forecasts “how long it takes for the 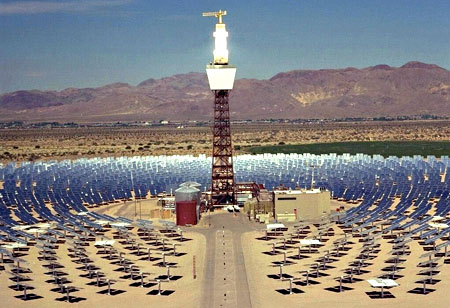 economy to reach ‘game over’ — the point where current policy can no longer be maintained”:

The policy is simple. The government takes (using whatever language it wants) a fixed amount each period from the young and hands it to the old, independent of the state of the economy, given by the size of the capital stock and the level of multifactor productivity. When the hit on the young exceeds their earnings, the game is over, with the government either extracting all the income of the young and terminating the economy or switching to a new policy regime, which leaves the young with something to eat.

Our simulations, based on an “overlapping generations” model calibrated to the US economy, produce an average duration to game over of roughly one century, with a 35% chance of reaching the fiscal limit in roughly 30 years.

Say what? Their simulation projects a 35% chance that by 2042 the U.S. government will be confiscating 100% of the income of the non-elderly? This suggests to me less that the U.S. is facing a crisis and more that they might want to recalibrate their simulation.

In any case, whenever I hear this stuff, I always think back to Dean Baker reminding me that net national savings is always equal to the trade surplus. It’s an accounting identity. So if we’re running a big trade deficit — and we are — then either we run a big federal budget deficit or we have very low private savings. Or both. There’s no way around it.

Everything in an economy is related to everything else, so there are no simple answers here. From a macro point of view, I think our key long-term policy problem is addressing the trade deficit, and since OPEC is a big and growing chunk of that, that means reducing our reliance on foreign oil. From a more prosaic budgetary point of view, our intergenerational problem can be summed up in one word: healthcare. If we rein in the growth of healthcare spending, we’ll be OK. If we don’t — well, there’s really no “don’t” here. Eventually, we’ll have no choice, and that’s going to happen long before any kind of generational Armageddon overtakes us.

So: focus on domestic energy production, especially renewable resources. Rein in the trade deficit. And focus like a laser on reining in healthcare spending. That’s the right way to look at this stuff.