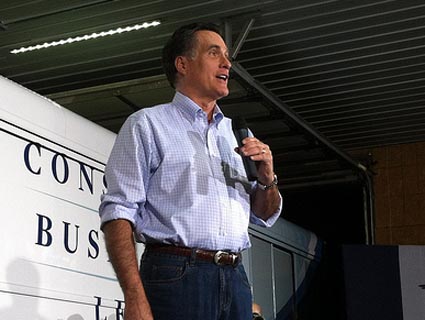 My former colleague Jamelle Bouie‘s cover story for the American Prospect suggests that if elected, Mitt Romney would be the most conservative president in recent memory:

These aren’t idle expectations. If Romney wins the White House, it’s a sure bet that Republicans will also win the Senate—Democrats are defending a disproportionately large number of seats this year—and maintain their majority in the House of Representatives. More important, Romney’s agenda is almost entirely fiscal: cuts to taxes, cuts to entitlements, and cuts to domestic programs. All of this can be passed through budget reconciliation, which makes it immune to a filibuster. Republicans could force through their ideas without a single Democratic vote.

In terms of figuring out what you’re actually voting for, it makes more sense to think about yourself as voting for a party rather than a candidate. That candidate will pursue the party’s agenda within whatever objective structural constraints exist, meaning even if Barack Obama were the closet radical so many conservatives think he is, his policy agenda would still have been subject to the whims of Democratic centrists in the Senate.

If Mitt Romney wins, he’ll likely be facing fewer of those constraints. The Democratic Party is a coalition of liberals and moderates. The Republican Party is currently dominated by conservatives. Obama had to tailor his policy preferences to appeal Joe Lieberman and Ben Nelson to beat Republican filibusters, but it’s unlikely Democrats will be able to act with the same ideological discipline that Republicans have displayed over the past few years.

Even so, Romney seems uniquely suited to fitting the “warm body” standard—that all Republicans need is a president ready to rubber-stamp whatever Rep. Paul Ryan (R-Wisc.) comes up with—that Bouie refers to at the beginning of his piece. The best explanation I’ve seen for the two Romneys (The moderate Massachussetts governor and the conservative standard-bearer) comes from Reason’s Peter Suderman, who compares Romney to a business consultant who views his task as “presenting the customer with a slicker, better packaged, but fundamentally unchanged version of itself.” When the client was liberal Massachussetts, Romney was a moderate. As the leader of the post-Tea Party GOP, he will as conservative as his clients need him to be.