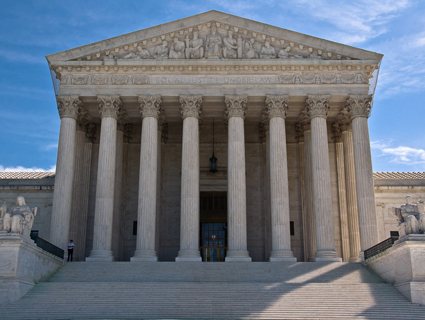 Two years ago, when President Obama signed the Affordable Care Act into law, the idea that its individual mandate provision was unconstitutional was laughable. There was no case law, no precedent, and frankly, no serious argument that the federal government’s Commerce Clause power didn’t give it the authority to mandate purchase of health insurance if it wanted to. That’s why Democrats didn’t bother looking for a clever alternative—many of which were available—in order to avoid including an explicit mandate in the law. They didn’t think they needed to. Of course it was constitutional. Even Randy Barnett, the law professor who popularized the activity/inactivity distinction that opponents latched onto as their best bet against the mandate, initially didn’t really think it was anything but a long shot.

Also read how Scalia changed his mind on a key Obamacare precedent.

So how did that conventional wisdom change so dramatically in only two years? Ezra Klein writes about this in the New Yorker this week, but hell, Ezra’s a liberal. He’s probably sort of flummoxed too. Instead, let’s hear what a nonliberal has to say about it:

Orin Kerr says that, in the two years since he gave the individual mandate only a one-percent chance of being overturned, three key things have happened. First, congressional Republicans made the argument against the mandate a Republican position. Then it became a standard conservative-media position. “That legitimized the argument in a way we haven’t really seen before,” Kerr said. “We haven’t seen the media pick up a legal argument and make the argument mainstream by virtue of media coverage.” Finally, he says, “there were two conservative district judges who agreed with the argument, largely echoing the Republican position and the media coverage. And, once you had all that, it really became a ballgame.”

This is, needless to say, a powerfully depressing analysis. For all practical purposes, Kerr is agreeing that conservative judges don’t even bother pretending to be neutral anymore. They listen to Fox News, and if something becomes a conservative talking point then they’re on board. And that goes all the way up to the Supreme Court.

Maybe. The Supremes haven’t handed down their ruling yet, and they could still surprise us. Because the truth is still the same as it was two years ago: the distinction between activity and inactivity—i.e., whether the federal government can mandate specific activity in addition to prohibiting it—has no historical basis at all. It was invented out of whole cloth. There’s no precedent, no language in the Constitution, and for the most part, not even any discussion about it in the legal literature prior to 2009. It’s simply not something that anyone ever took seriously until it became the only plausible attack line against a piece of liberal legislation that conservatives wanted to overturn.

If the court does overturn the mandate, it’s going to be hard to know how to react. It’s been more than 75 years since the Supreme Court overturned a piece of legislation as big as ACA, and I can’t think of any example of the court overturning landmark legislation this big based on a principle as flimsy and manufactured as activity vs. inactivity. When the court overturned the NRA in 1935, it was a shock—but it was also a unanimous decision and, despite FDR’s pique, not really a surprising ruling given existing precedent. Overturning ACA would be a whole different kind of game changer. It would mean that the Supreme Court had officially entered an era where they were frankly willing to overturn liberal legislation just because they don’t like it. Pile that on top of Bush v. Gore and Citizens United and you have a Supreme Court that’s pretty explicitly chosen up sides in American electoral politics. This would be, in no uncertain terms, no longer business as usual.