Last month Robert Wright wrote a few posts trying to draw attention to the Obama administration’s Iran strategy. In a nutshell, Wright lays out some persuasive evidence that Obama isn’t seriously negotiating with Iran at all. In fact, he’s deliberately making proposals he knows will be refused and declining to offer Iran anything at all in return for an agreement to halt production of 20% uranium.

Why? Wright believes it’s mostly political cowardice: Obama isn’t willing to stray from the AIPAC-Israeli party line even slightly with an election just a few months away. In a followup post, however, he suggests there might be something more substantial at work: Obama is buying time because his goal now is regime change in Iran, not just a halt to its nuclear program. Today, after reading a New York Times piece about the apparent success of the new EU oil embargo (Iran is now pumping its excess crude into tankers and sailing 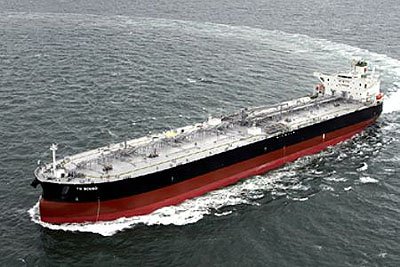 them in circles around the Persian Gulf while it desperately tries to find buyers at “bargain-basement prices”), Dan Drezner places one wary foot on the regime change bandwagon:

I’m somewhat dubious about whether any sanctions against Iran will work in the sense of “change Iran’s mind about its nuclear program.” Even though there is room for a deal, the expectations of future conflict between the current Iranian regime and the West are so high that getting to that deal is going to involve significant amounts of labor.

These sanctions are sufficiently punishing, however, that they suggest a new status quo, which is to keep them in place as a containment shell while the Iranian economy slowly implodes. Unless the global economy experiences a significant rebound — hah! — there is no reason why all non-Iranian parties can’t continue with the status quo for quite some time. Even if the Iranian regime persists, its power and influence in the region will continue to wane.

So is that what’s going on? Are negotiations now just for show? Has Obama decided that the Iranian economy is weak enough that serious sanctions can bring it to its knees without a shot being fired? Possibly. Stay tuned.