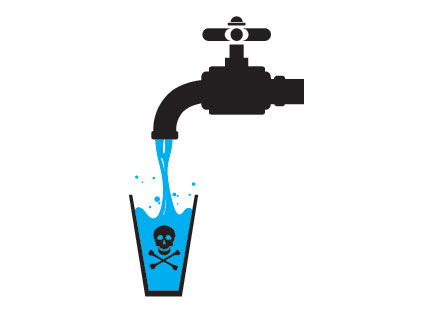 Historically, there have been four main sources of lead poisoning: paint, gasoline, tin cans, and water pipes. Lead paint was banned years ago, though old paint still remains a hazard in old housing, particularly in window sills. Leaded gasoline is no longer sold, and its only remaining threat is via old lead deposited in soil, especially in urban areas. Tin cans haven’t used lead sealant for decades.

And water pipes—well, they’ve never been the most important source of lead poisoning, but they’ve been the most resistant to change. Thousands of miles of lead pipe are still in service, and as Sheila Kaplan and Corbin Hiar report this week, efforts to fix them have not just run aground, but possibly even made things worse.

The EPA wrote a rule in 1991 that forced water utilities to control lead levels, if necessary by replacing pipes. But the utilities sued, saying they didn’t have the legal authority to replace the portions of pipe on private property—that is, the last 40 or 50 feet of pipe leading into homes. Eventually EPA backed down, but their solution may have just made the problem worse:

After years of industry lobbying, the agency amended its rule in 2000 to permit the utilities to perform so-called “partial pipe replacements,” from the water main to the private property line. In the vast majority of cases, homeowners would be responsible for paying to finish the job.

Few homeowners have done so, to their detriment…Partial pipe replacements can physically shake loose lead fragments that have built up and laid dormant inside the pipe, pushing them into the homeowners’ water, and spiking the lead levels, even where they previously were not high. In addition, the type of partial replacement that joins old lead pipes to new copper ones, using brass fittings, “spurs galvanic corrosion that can dramatically increase the amount of lead released into drinking water supplies,” according to research from 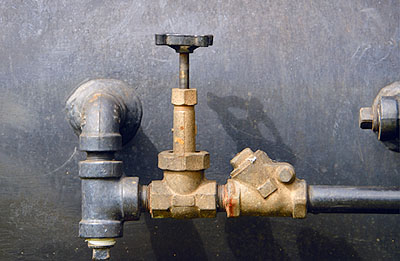 Washington University. Similar findings have been published by researchers at the Virginia Tech and elsewhere.

So why are these partial pipe replacements still commonplace?

One reason is that it’s expensive to replace a homeowner’s section of pipe. But another reason is that a lot of water customers don’t know the danger that partial pipe replacement poses. Utilities are required to provide only vague warnings when they do mandatory replacements, which is bad enough. But the vast majority of partial pipe replacements aren’t mandatory. They’re just part of normal maintenance procedures:

The level of warning the 13 water companies made dropped even further when the same utilities were conducting routine voluntary replacements during roadwork or to fix leaks—essentially the same procedure, but not ordered under the law. Only around half of the utilities alert residents to the potential for lead levels to spike after a voluntary partial pipe replacement.

Part of the reason these utilities don’t give the same warnings when doing basically the same procedure is that they’re not required to. EPA offers no guidance for these far more common voluntary partial lead service line replacements done by utilities across the country.

Likely as a result, the vast majority of other U.S. cities that are not under EPA orders to replace their remnant lead pipe systems rarely give any warnings to their customers about lead levels spiking after they do voluntary partial service line replacements.

Full-scale lead removal from the environment would be expensive. It would mean cleaning up all the lead suspended in soil, retrofitting millions of old window fittings, and replacing thousands of miles of lead pipe. But the costs of lead poisoning are enormous too. We’ve known for a long time that high levels of blood lead in children are dangerous, but more recent research shows that the biggest effects actually come at the smallest levels. That is, the amount of damage is bigger going from 0 to 5 mg/dl than from 5 to 10. And that in turn is bigger than going from 10 to 20. So even if lead levels have been reduced significantly over the past few decades—and they have—there are still huge benefits from getting rid of the last remnants.

Those benefits include higher IQs, less violent crime, lower teen pregnancy rates, better impulse control in teens, less aggressivity, fewer cases of attention deficit disorder, lower incarceration rates, less drug use, and higher lifetime incomes. That’s a lot of benefits. It is, almost literally, a crime that we’re condemning the future of millions of kids because we’re not willing to spend the money it would take to fix all this. It shouldn’t be a big yawn, it should be a no-brainer.