The hack gap is a liberal problem of long standing. Put simply, we liberals don’t have enough hacks. Conservatives outscore us considerably in the number of bloggers/pundits/columnists/talking heads who are willing to cheerfully say whatever it takes to advance the party line, no matter how ridiculous it is.

My conservative readers may scoff at this notion, but rarely has the hack gap been on such febrile display as it has since last Wednesday’s presidential debate. Ask yourself this: can you even imagine Sean Hannity or Rush Limbaugh tearing their hair out over a weak debate performance by Mitt Romney the way that liberals have been over President Obama’s? I can’t.

Here’s how things would have gone if liberals had their fair share of hacks. Obviously Obama wasn’t at his best on Wednesday. But when the debate was over that wouldn’t have mattered. Conservatives would have started crowing about how well Romney did. Liberals would have acknowledged that Obama should have confronted Romney’s deceptions more forcefully, but otherwise would have insisted that Obama was more collected and presidential sounding than the hyperactive Romney and clearly mopped the floor with him on a 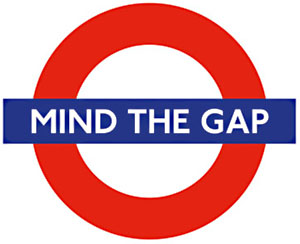 substantive basis. News reporters would then have simply reported the debate normally: Romney said X, Obama said Y, and both sides thought their guy did great. By the next day it would barely be a continuing topic of conversation, and by Friday the new jobs numbers would have buried it completely.

Instead, liberals went batshit crazy. I didn’t watch any commentary immediately after the debate because I wanted to write down my own reactions first, and my initial sense was that Obama did a little bit worse than Romney. But after I hit the Publish button and turned on the TV, I learned differently. As near as I could tell, the entire MSNBC crew was ready to commit ritual suicide right there on live TV, Howard Beale style. Ditto for all their guests, including grizzled pols like Ed Rendell who should have known better. It wasn’t just that Obama did poorly, he had delivered the worst debate performance since Clarence Darrow left William Jennings Bryan a smoking husk at the end of Inherit the Wind. And it wasn’t even just that. It was a personal affront, a betrayal of everything they thought was great about Obama. And, needless to say, it put Obama’s entire second term in jeopardy and made Romney the instant front runner.

For a moment, ignore the fact that these talkers had a stronger reaction than I did. That’s why God made lots of different kinds of people: so that we could all have different opinions about stuff. What’s amazing is that, as near as I can tell, hardly any liberal pundits held back. Aside from paid campaign workers, no more than a handful decided to pretend that Obama had done well because, hey, that’s how the game is played, folks. Those refs aren’t going to work themselves, after all. Instead it was a nearly universal feeding frenzy.

You don’t normally see the temperamental difference between liberals and conservatives so dramatically on display. Most conservatives simply wouldn’t have been willing to slag their guy so badly. Liberals, by contrast, almost seemed to enjoy wallowing in recriminations. It was practically an Olympic tournament to see who could act the most agonized. As a friend just emailed me a few minutes ago, “I can’t tell you how many liberals I’ve had to talk off the ledge today.”

In the end, I doubt this will make a big difference. The polls were always going to tighten up a bit after the huge post-convention, post-47% runup for Obama, so I don’t attribute as much of his recent poll decline to the debates as most people do. Obama has plenty of time to come back, and the fundamentals — his incumbency, the economy, and Romney’s stiffness as a candidate — still suggest a modest Obama win in November. But if I’m wrong, and this does make a big difference, it will be 100% attributable to the hack gap. Without that, Obama’s debate performance would barely have registered. This was a completely avoidable debacle.