Dave Weigel makes a good point this morning at the same time that he answers a question of mine. The subject is the apparently poor use of money by Republican super-PACs:

Here’s the problem: Some of the big money went to organizing. I hung out multiple times with volunteers for American Majority, Americans for Prosperity, and FreedomWorks, all of which got sizable donations in order to turn out votes. Tea Partiers signed up, taking literature from home to home, trying to repeat the magic of 2010. It did not work. It wasn’t just that the ads were lame, it was that 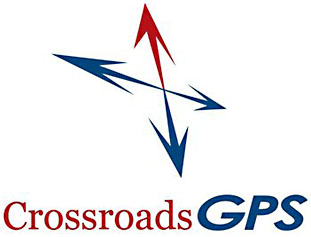 the organizing was monumentally less effective than OFA’s four-year campaign.

I’ve been wondering just how much of that Super-PAC money went to organizing, rather than simply saturating the airwaves with the 10,000th anti-Obama ad. Now I have at least an idea: it was a fair amount. It wasn’t all ads.

Here’s what’s interesting about that: I think Super-PACs can be reasonably effective with independent ads. I don’t know how effective they were in this election cycle, but if they weren’t, they can learn from their mistakes and get better. What’s more, the conventional wisdom here is true: Super-PACs can sometimes be more effective than campaigns because they have the freedom to run nasty ads that a campaign might not officially want to be associated with.

But organizing is different. Done properly, it’s simply far more efficient for organizing to be centralized. You can target more precisely, you can make sure nothing falls through the cracks, and you can make sure that people get called with the right message and don’t get barraged by multiple organizers. Unless I’m missing something important, Super-PACs will simply never be as good at organizing a national campaign as a highly-disciplined central organization.

And that’s pretty important. I suspect that one of the lessons of 2012 is that we’ve roughly hit saturation on presidential advertising. There are only so many hours of TV broadcasting in the day, and only so many repetitions of a message that are effective. Citizens United might have unleashed a flood of Super-PAC money, but there might no longer be anywhere for it to go because the ground game really is as important as everyone says, and the best ground game comes from either the campaign itself or the party apparatus. If that’s true, it may turn out that Citizens United isn’t the end of Western civilization after all, but for reasons none of us realized two years ago.