Last month, after Robert Bork died, there was a brief spate of articles about his influence on antitrust law. In a nutshell, antitrust law used to be about preventing companies from getting too big, but Bork convinced the legal community that antitrust law should really be about consumer welfare. If a company is providing good value to consumers, then it’s OK regardless of how big it is or how large its market share is.

Today brings a concrete example of this principle in action. The Justice Department has been investigating Google for the past couple of years, but on Thursday they wrapped up their 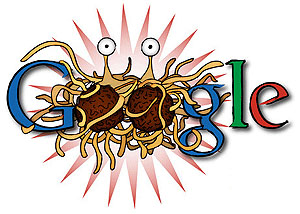 “The way they managed to escape it is through a barrage of not only political officials but also academics aligned against doing very much in this particular case,” said Herbert Hovenkamp, a professor of antitrust law at the University of Iowa who has worked as a paid adviser to Google in the past. “The first sign of a bad antitrust case is lack of consumer harm, and there just was not any consumer harm emerging in this very long investigation.”

….The main thrust of the investigation was into how Google’s search results had changed since it expanded into new search verticals, like local business listings and comparison shopping. A search for pizza or jeans, for instance, now shows results with photos and maps from Google’s own local business service and its shopping product more prominently than links to other Web sites, which has enraged competing sites.

But while the F.T.C. said that Google’s actions might have hurt individual competitors, over all it found that the search engine helped consumers, as evidenced by Google users’ clicking on the products that Google highlighted and competing search engines’ adopting similar approaches.

Google made a number of arguments in its own defense, and consumer welfare was only one of them. Still, it was almost certainly the main reason they won, and it’s still not clear to me that this is really what’s best for consumers in the long run. Did Google users click on the products they highlighted? Sure. Did they buy some of the stuff? Sure. Were they happy with their purchases? Sure. Is that, ipso facto, evidence that there’s no long-run harm from a single company dominating the entire search space? I doubt it. After all, John D. Rockefeller could have argued that consumers bought his oil and were pretty happy with it, so what was the harm in his controlling the entire market?

The tech industry moves fast enough that antitrust might genuinely not be a big issue there. In the end, it wasn’t antitrust that hurt IBM and Microsoft. It was the fact that the industry moved rapidly toward smaller computers and then the internet, and neither company was really able to react fast enough to dominate these new spaces. Nonetheless, I’m skeptical of the tautology at the heart of the consumer welfare argument. If a company is successful, then by definition people must be buying its stuff. On this basis, bigness is simply unassailable anymore. That has broad societal implications that I suspect we’re not taking seriously enough.