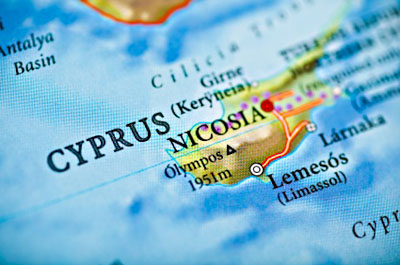 Last week, Cyprus begged Russia for help with its banking failure. They got nothing. Dan Drezner is intrigued:

This is not the first time a weak Western ally has sought out either China or Russia as a way of avoiding onerous financial strictures. Iceland begged Russia for financial assistance during the depths of the 2008 financial crisis. At one point, the Icelandic President allegedly offered Russia the use of Keflavík Air Base. This possibility caused some mild consternation in Foggy Bottom. In the end, the Russians said they didn’t need the base and proffered only a fraction of what Iceland wanted, leaving Reykjavik little choice but to cut a deal with the IMF.

One can tell a similar story with Pakistan and China. During the fall of 2008 Islamabad was facing a balance of payments crisis and sought out China as a benefactor. In the end, China was unwilling to offer Pakistan enough money to substitute for IMF support, forcing the Pakistani government to take out an IMF loan.

Why are Russia and China apparently so uninterested in building an empire? Dan offers three possibilities, and I’d pick Door #3:

Outside their own neighborhood, neither Russia nor China is really revisionist. As great powers, Moscow and Beijing will do what they gotta do in their near abroads. Globally, however, they have neither the ambition nor the interest in altering the current system of “good enough” global governance. After all, the current rules of the global game have benefited both of them pretty well over the past decade or so.

In the postwar era, this has pretty much been true all along. The Soviet Union picked up a few nonlocal client states during the Cold War, but mostly did so only because of its competition with America. Historically, it’s always been more interested in controlling a buffer zone around its own territory than in truly becoming a global influence. Ditto for China.

Now, it’s also true that neither country has ever really had the capacity to project power abroad in any great amount. In China’s case, that could change. Still, they’ve got plenty of internal problems, plenty of regional problems, and the ability to see that a worldwide string of client states hasn’t really helped the United States much. Dan is right: the current rules have worked out pretty well for them. Why fix something that isn’t broken?