I learned something new this morning—sort of. Felix Salmon points me toward a Joe Nocera column that sheds light on the eternal question of whether investment banks rip off hot new companies by pricing their IPOs too low. Felix says he used to think the answer was no: why wouldn’t a bank price the shares as high as it could, since their fee is a percentage of the total value of the deal? Back during the dotcom boom, however, the conspiracy-minded had an answer: investment banks were more interested in parceling out cheap shares in hot companies to favored clients, who would shower them with extra business in return. Sure, they lost a little money in IPO fees, but more than made it up in other commissions. The whole thing was a racket that cost startup companies a bundle.

Back then, that was for the conspiracy minded. Today, Nocera has gotten hold of some court documents that were supposed to be under seal but were mistakenly left public. They’re from an ancient 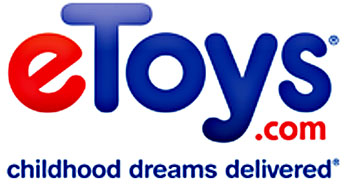 lawsuit filed by eToys against Goldman Sachs, and guess what?

What they clearly show is that Goldman knew exactly what it was doing when it underpriced the eToys I.P.O. — and many others as well….Goldman carefully calculated the first-day gains reaped by its investment clients. After compiling the numbers in something it called a trade-up report, the Goldman sales force would call on clients, show them how much they had made from Goldman’s I.P.O.’s and demand that they reward Goldman with increased business. It was not unusual for Goldman sales representatives to ask that 30 to 50 percent of the first-day profits be returned to Goldman via commissions, according to depositions given in the case.

“What specifically do you recall” your Goldman broker wanting, asked one of the plaintiffs’ lawyers in a deposition with an investor named Andrew Hale Siegal. “You made $50,000, how about $25,000 back?” came the answer. “You know, you made a killing.”

….In one e-mail, a Goldman Sachs executive named David Dechman described hot I.P.O. deals as “a currency.” He asked, “How should we allocate between the various Firm businesses to maximize value to GS?”

Robert Steel, who was then co-head of equity sales at Goldman Sachs and is now one of New York Mayor Michael Bloomberg’s top deputies, sent an e-mail to one of the firm’s biggest clients, Putnam Investments in Boston, in which he wrote bluntly, “It is my view that we should be rewarded with additional secondary business for offering access to capital market product” — like hot I.P.O.’s.

Felix does some arithmetic to show just how lucrative this kind of operation can be, and also offers a few more tidbits from the court documents. So now we know.

Like I said, in one way this is nothing new. It was common knowledge in the 90s that investment banks used IPO allocations as a kind of currency with their biggest clients. It’s just that there was never smoking-gun proof of this. Now there is.