The New York Times ran a piece yesterday about all the shiny new teacher evaluation systems being used around the country, and how they’re basically rating nearly every teacher as effective (or, better yet, highly effective). Only about 3 or 4 percent of teachers are being rated ineffective. Dana Goldstein comments on whether ed reformers think this is a reasonable number:

I’ve asked a number of prominent accountability hawks that question over the past six years and the answer I’ve heard most frequently is “5 to 10 percent.” As Matthew DiCarlo explains, that estimate is culled from the research of the ubiquitous Stanford economist Eric Hanushek, and by that standard, these 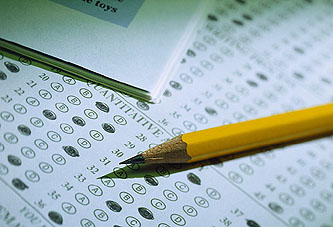 evaluation systems are already half way to where they are intended to be, a reasonable outcome for something so new.

My gut feeling is that 5 percent is probably about right and 10 percent is too high. This isn’t based on anything specific about teaching, just on my experience in white-collar jobs. Go to any large corporation and take a look through the annual reviews given to its white-collar workers. How many are rated at the bottom level, the one where you’re in danger of being fired if you don’t improve? I’d say about 5 percent. I don’t have any good reason to think teachers are much different from other white-collar workers, so I’d guess that about 5 percent of them are ineffective too.

Goldstein has some interesting historical background on teacher evaluation systems that makes her skeptical that the new ones will work any better than they have in the past. But what struck me about the Times article was the way it described how various school districts came up with their numbers. There was nothing subtle about it in Florida:

One Leon County principal, Melissa Fullmore of Ruediger Elementary school in Tallahassee, said that had it been solely up to her, one or two of her teachers would have been graded “highly effective,” the top category. Three would have been marked “needs improvement,” one rung up from the bottom, and the rest would have fallen under “effective.”

But because Leon County set the test-score bar so low, when their marks came out, all but one were highly effective, and the other was categorized as effective. “I wouldn’t put stock in the numbers,” Ms. Fullmore said.

The same was true at Springwood Elementary School nearby. “We had three or four teachers that were rated as ‘needs improvement’ on the observation, but due to changes in the cut scores, they were all bumped up to effective,” Dr. Christopher Small, the principal, said.

Officials in another county, Alachua, set scores relatively high, but when only 78 percent of teachers were deemed highly effective or effective, and when they saw how lenient other districts were, they set them much lower; ultimately, 99.4 percent of teachers were rated effective or highly effective. “It’s inconsistent, it’s unfair and it’s unscientific,” the superintendent, Dan Boyd, wrote in a letter to The Gainesville Sun criticizing how the state’s new evaluations had been carried out.

So test scores, far from tightening up evaluations, actually made them looser because districts deliberately set the cut scores to insure that very few teachers would be graded as ineffective.

This is only one state, and Florida’s new evaluation system is, well, new. What’s more, even the 2 or 3 percent of failing teachers under this system is apparently more than under the old system, in which “roughly 100 percent of them were rated satisfactory.” So it would be unwise to rush to any conclusions about this. Still, it gives you pause for thought.