Here is the opening anecdote of a New York Times story devoted to demonstrating that President Obama is a wimp: 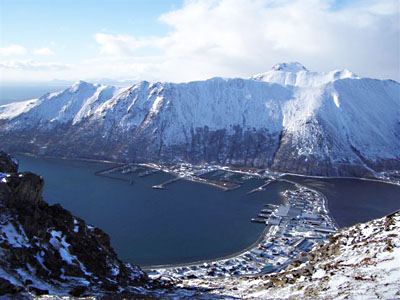 to discuss a long-simmering dispute over construction of a road through a wildlife refuge, Mr. Begich asked in a letter. The administration said yes.

Four weeks later, Mr. Begich, who faces re-election next year, ignored Mr. Obama’s pleas on a landmark bill intended to reduce gun violence….But Mr. Begich’s defiance and that of other Democrats who voted against Mr. Obama appear to have come with little cost. Sally Jewell, the interior secretary, is still planning a trip to Alaska.

….The trip will also reinforce for Mr. Begich and his colleagues a truth about Mr. Obama: After more than four years in the Oval Office, the president has rarely demonstrated an appetite for ruthless politics that instills fear in lawmakers.

Wow! Obama really is a wuss. LBJ never would have put up with that kind of behavior. He would have reared right up on his haunches and — hold on a second. What’s that? There’s more to this story? OK, Olivier Knox, you have the floor:

The real reason for [Jewell’s] visit—and the reason Obama agreed to give the road project a second look despite fierce opposition from environmentalists (and the U.S. Fish and Wildlife Service)—was a deal last month between the administration and Alaska’s Republican Sen. Lisa Murkowski.

Murkowski had vowed to block Jewell’s confirmation by any means necessary unless the Interior Department reconsidered. The administration, eager to see the former REI executive confirmed, relented….Murkowski voted for Jewell’s confirmation on April 10. She got what she wanted; the administration got what it wanted. If there was arm-twisting, the administration appears to have been the twistee. But the road’s not built yet, Jewell is Interior secretary, and reports of the death of Obama’s ability to work with Congress appear to have been greatly exaggerated.

So the reason that Jewell is still planning to visit Alaska is because of a promise Obama made to Murkowski, not Begich. She kept her end of the deal, so Obama is keeping his. That’s it.

This was Exhibit A in the case against Obama’s willingness to work his steely will on Congress. In fact, in the Times story, it was the only exhibit. And it was completely bogus. Next, please.