At 2 pm on Sunday I was over at a friend’s house playing Settlers of Catan, a game I first heard of at 2 pm on Sunday. This obviously says something about my gaming acumen (Wikipedia informs me that 15 million copies have been sold since 1995), but at least I still have my political acumen, right?

Not so fast. About halfway through the game, another friend’s iPhone alerted him to some breaking news: Democrats were blocking a resolution to honor Margaret Thatcher. “Idiots,” he muttered, and I couldn’t object. I’d never heard of this, even though I usually try to keep up with conservative pet 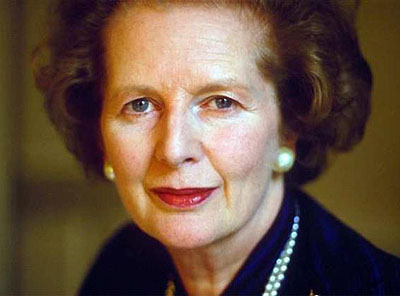 rocks. We eventually joked that there must have been some fine print in the resolution (“…an inspiration to us all. Oh, and Obamacare is hereby repealed.”) and continued playing. I lost.

Still, I kept wondering what was up with the Thatcher resolution. Politicians of all parties can be petty, but this really didn’t sound like something Democrats would bother with. Today, I finally learned what was going on. It’s a Senate thing (the House has already passed a resolution), and apparently it started making the rounds in conservative circles last Wednesday when a Heritage Foundation blog reported that “Democrats have a hold on the resolution.” But The Hill reports today that it was all the result of a phrasing dispute between Mitch McConnell for Team R and Bob Menendez for Team D:

According to Democratic aides, the two senators were working together on language late last week, when Menendez made suggestions about a proposal from McConnell. These aides say Menendez was looking to remove language that could have been seen as “swipes” against other countries, and proposed those changes to McConnell.

….By late last week, there were reports that Menendez was “blocking” McConnell’s resolution….But Democratic aides say they are not aware of any formal attempt to bring McConnell’s language to the Senate floor, and that they thought they were still engaged in an effort to negotiate a final resolution. They also said they never heard back from McConnell’s office about their suggested changes, and were “surprised” to read accounts that Menendez was blocking the resolution formally.

….As a result of the dispute, Democratic aides said that at least for now, Menendez is no longer working with McConnell on a resolution. Instead, Menendez introduced his own proposal on Tuesday, one that is longer than a resolution the House approved last week. While it does not mention the Falkland Islands dispute or nuclear weapons in Europe, Menendez’s resolution does say that Thatcher “stood shoulder to shoulder with United States leaders against the Soviet Union and the threats posed by communism.”

….GOP aides said that as of Tuesday, McConnell was expected to continue pressing for a vote on his proposal. That proposal does mention the Falklands Islands and U.S. weapons in Europe, while Menendez’s resolution is silent on those issues. As of Tuesday, it was unclear which proposal, if any, would get a vote, or whether Senate leaders would look to find some compromise. The Menendez spokesperson said Menendez would not block McConnell’s resolution if it came up now.

So I was right the first time: politicians of all parties can be petty. But only a truly in-depth investigation of this incident will reveal just which politicians are being the most petty.

As for the resolution itself, the Senate passed McConnell’s version late today by unanimous consent. But I have no doubt that it will become a permanent part of conservative legend that Democrats once tried to block a resolution honoring Margaret Thatcher after she died. A hundred email chains and a thousand fundraising pitches will bloom because of this.