Alan Rusbridger, editor of the Guardian, tells a story about the newspaper’s ongoing exposure of Edward Snowden’s surveillance files:

A little over two months ago I was contacted by a very senior government official claiming to represent the views of the prime minister. There followed two meetings in which he demanded the return or destruction of all the material we were 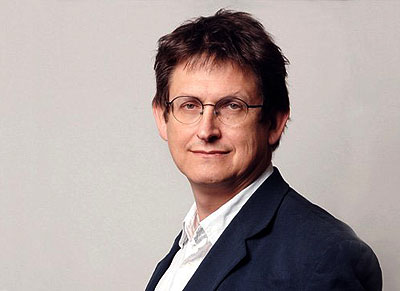 working on. The tone was steely, if cordial, but there was an implicit threat that others within government and Whitehall favoured a far more draconian approach.

The mood toughened just over a month ago, when I received a phone call from the centre of government telling me: “You’ve had your fun. Now we want the stuff back.” There followed further meetings with shadowy Whitehall figures. The demand was the same: hand the Snowden material back or destroy it. I explained that we could not research and report on this subject if we complied with this request. The man from Whitehall looked mystified. “You’ve had your debate. There’s no need to write any more.”

During one of these meetings I asked directly whether the government would move to close down the Guardian’s reporting through a legal route — by going to court to force the surrender of the material on which we were working. The official confirmed that, in the absence of handover or destruction, this was indeed the government’s intention. Prior restraint, near impossible in the US, was now explicitly and imminently on the table in the UK. But my experience over WikiLeaks — the thumb drive and the first amendment — had already prepared me for this moment. I explained to the man from Whitehall about the nature of international collaborations and the way in which, these days, media organisations could take advantage of the most permissive legal environments. Bluntly, we did not have to do our reporting from London. Already most of the NSA stories were being reported and edited out of New York. And had it occurred to him that Greenwald lived in Brazil?

The man was unmoved. And so one of the more bizarre moments in the Guardian’s long history occurred — with two GCHQ security experts overseeing the destruction of hard drives in the Guardian’s basement just to make sure there was nothing in the mangled bits of metal which could possibly be of any interest to passing Chinese agents. “We can call off the black helicopters,” joked one as we swept up the remains of a MacBook Pro.

The state that is building such a formidable apparatus of surveillance will do its best to prevent journalists from reporting on it. Most journalists can see that. But I wonder how many have truly understood the absolute threat to journalism implicit in the idea of total surveillance, when or if it comes — and, increasingly, it looks like “when”.

We are not there yet, but it may not be long before it will be impossible for journalists to have confidential sources. Most reporting — indeed, most human life in 2013 — leaves too much of a digital fingerprint. Those colleagues who denigrate Snowden or say reporters should trust the state to know best (many of them in the UK, oddly, on the right) may one day have a cruel awakening. One day it will be their reporting, their cause, under attack. But at least reporters now know to stay away from Heathrow transit lounges.

Remember back when the internet was supposed to make the state obsolete? That was always laughable, just as the 90s-era cluetrain nonsense about the internet making traditional marketing obsolete was laughable. In both cases, exactly the opposite has happened. Sure, the internet empowers individuals in certain ways, both in their relation to the market as well as in their relation to the state, but the overall impact has been in exactly the opposite direction. Just as multinational firms almost effortlessly comandeered the internet as a marketing vehicle after only a few years of confusion, governments quickly learned that any sufficiently motivated state can use the capabilities inherent in an omnipresent digital network to exercise far more control over their territory and their citizens than they give up. The only question is how motivated the state is.

I don’t know how this turns out any more than you do. In the end, maybe the centrifugal forces of the internet really will win the day. After all, as Rusbridger pointed out to the GCHQ folks, destroying a few hard drives in London didn’t make the slightest difference to the Guardian’s ability to report the Snowden story.

On the other hand, Snowden himself is bottled up in Russia. Julian Assange is trapped like a rat in the Ecuadorian embassy in London. WikiLeaks has been crippled by concerted international sanctions. Bradley Manning will spend the rest of his life in jail. And even the thickest-skinned journalists will think twice before tackling sensitive subjects now that they know their spouses, family, and friends are considered fair game for harassment by any sufficiently annoyed security agency. If even the president of Bolivia can’t escape harassment, what chance do you have?