I’ve been corresponding with a friend about the problems with the federal Obamacare website, and I have to admit that I’m having second thoughts about my initial reaction. Back on October 2, it looked to me like the problems were serious, but nothing all that out of the ordinary for a big software project. My conclusion: “Before long, the sites will all be working pretty well, with only the usual background rumble of small 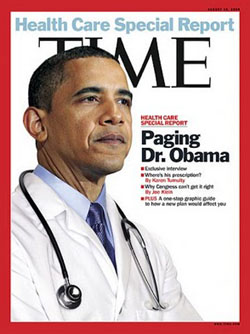 problems. By this time next month, no one will even remember that the first week was kind of rocky or that anyone was initially panicked.”

That might still be the case, and certainly one of the lessons of big software rollouts is that you always reach a point when you’re finally convinced that you really are well and truly doomed—and that’s often the point when things start to get better. Maybe that’s where we are now. But the reporting we’ve seen recently about the nature of the Obamacare problems certainly suggests otherwise. The bugs seem deep and profound. So why has this turned out to be so much worse than I thought it would be?

My guess is that I didn’t take schedule slippage into account. I’ve worked on several projects that seemed disastrous at the time, but part of the disaster was the very fact that everything was late. It simply took much longer to build the product than we thought, so we ended up shipping months after we’d originally planned. Even at that there were still plenty of bugs, but they were mostly tractable. Bad, but tractable.

With Obamacare, however, they weren’t allowed to slip the schedule. They had to ship on October 1. Period. And so now I find myself thinking back to some of those difficult projects. What would have happened if instead of slipping the schedule, I had been forced to ship on the original release date? Answer: the software flatly wouldn’t have worked. It wouldn’t just have been bad, it would have been an existential catastrophe. And it would have taken many months to fix, not many weeks.

So perhaps that’s where we are with the Obamacare site. I hope not, but it’s sure starting to look that way. And if things really are this bad, I really, really hope there a Plan B. Beefed up phone banks. Paper and pencil. Something.

Alternatively, maybe the reporting on this stuff has now swung around to being too pessimistic. Maybe the biggest problems will get sorted out in the next few weeks and everything will be OK. Stay tuned.

POSTSCRIPT: And while I’m at it, I have to add my voice to all those who are sort of agog over the missed chance on this from Republicans. Under normal circumstances, this stuff would be front-page news, with the Obama administration hunkered down and taking hailstorms of flak from all directions. Instead, the shutdown has sucked all the oxygen out of the room and has even provided a built-in excuse for all the website problems. For a party that has dedicated nearly its entire existence to trashing Obamacare, Republicans sure have scored an own goal here.