I’ve written a couple of times before about the apparent policy of the Obama administration in Syria: to arm the rebels just enough to produce a stalemate. Why? Because we don’t really have anyone we like in this fight. “In a nutshell,” I wrote in June, “the idea here is that we want both sides to be evenly matched so the fighting continues as long as possible. That will weaken pretty much everyone we hate: Assad, Hezbollah, Iran, 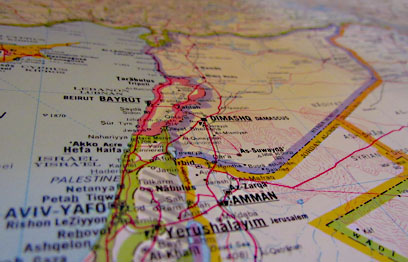 and the Al Qaeda groups among the rebels. As long as these folks continue killing each other, we’re happy.”

Until now, there’s been some evidence that this was Obama’s strategy, but nothing conclusive. Today, however, Greg Miller reports that this really is what Obama is doing:

The CIA’s mission, officials said, has been defined by the White House’s desire to seek a political settlement, a scenario that relies on an eventual stalemate among the warring factions rather than a clear victor. As a result, officials said, limits on the agency’s authorities enable it to provide enough support to help ensure that politically moderate, U.S.-supported militias don’t lose but not enough for them to win.

….U.S. officials said the classified program has been constrained by limits on CIA resources, the reluctance of rebel fighters to leave Syria for U.S. instruction and Jordan’s restrictions on the CIA’s paramilitary presence there. But the limited scope also reflects a deeper tension in the Obama administration’s strategy on Syria, one that has sought to advance U.S. interests but avoid being drawn more deeply into a conflict that the United Nations estimates has killed more than 100,000 people since it began in 2011.

This is something of a moral nightmare, no? However, the alternatives aren’t much more appealing:

The Obama administration has explored the idea of using the U.S. military to expand the training program to what some officials have described as “industrial strength.” But Defense Department officials said there has been no decision to do so and cited significant obstacles.

It is unclear whether Jordan would welcome such a large U.S. military footprint, which would mean converting a covert program into one officially acknowledged by the United States. There are also legal impediments, including a measure known as the Leahy Law that would require a determination that no recipients of U.S. military assistance had committed human rights abuses.

No thanks. Aside from John McCain, not many people like the idea of seriously ramping up US aid and starting up another Afghanistan. At the same time, there’s also not much support for a policy of doing nothing at all. (That would be my preference, but I’m in a distinct minority.) Like it or not, then, the stalemate strategy is what we’re left with. Boo yah.