The Congressional Budget Office has updated its estimate of the effect of Obamacare on employment:

CBO estimates that the ACA will reduce the total number of hours worked, on net, by about 1.5 percent to 2.0 percent during the period from 2017 to 2024….Because the largest declines in labor supply will probably occur among lower-wage workers….CBO estimates that the ACA will cause a reduction of roughly 1 percent in aggregate labor compensation over the 2017–2024 period, compared with what it would have been otherwise.

Why will Obamacare reduce employment? Because it’s a job killer? Because employers will push lots of workers into part-time positions? Because its taxes on the well-off will crater the economy?

No. Those effects are tiny at best. It’s much simpler than that. Obamacare will reduce employment primarily because it’s a means-tested welfare program, and 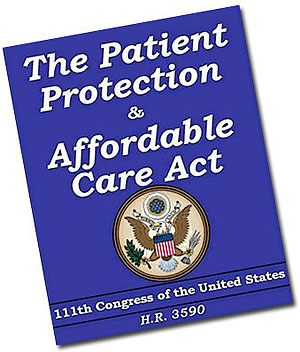 Subsidies that help lower-income people purchase an expensive product like health insurance must be relatively large to encourage a significant proportion of eligible people to enroll.

….For some people, the availability of exchange subsidies under the ACA will reduce incentives to work both through a substitution effect and through an income effect. The former arises because subsidies decline with rising income (and increase as income falls), thus making work less attractive. As a result, some people will choose not to work or will work less—thus substituting other activities for work. The income effect arises because subsidies increase available resources—similar to giving people greater income—thereby allowing some people to maintain the same standard of living while working less. The magnitude of the incentive to reduce labor supply thus depends on the size of the subsidies and the rate at which they are phased out.

If, for example, earning $100 in additional income means a $25 reduction in Obamacare subsidies, you’re only getting $75 for your extra work. At the margins, some people will decide that’s not worth it, so they’ll forego working extra hours. That’s the substitution effect. In addition, low-income workers covered by Obamacare will have lower medical bills. This makes them less desperate for additional money, and might also cause them to forego working extra hours. That’s the income effect.

This is not something specific to Obamacare. It’s a shortcoming in all means-tested welfare programs. It’s basically Welfare 101, and in over half a century, no one has really figured out how to get around it. It’s something you just have to accept if you support safety net programs for the poor.

It’s worth noting, however, that health care is an exception to this rule. It doesn’t have to be means tested. If we simply had a rational national health care system, available to everyone regardless of income, then none of this would be an issue. There might still be a small income effect, but it would probably be barely noticeable. Since everyone would be fully covered no matter what, there would no high effective marginal tax rate on the poor and no reason not to work more hours. Someday we’ll get there.