So the Hobby Lobby case was heard today, the latest in a long string of challenges to Obamacare. (Next up: whether the law allows subsidies only for policies bought on state exchanges, not on the federal exchange.) In short, the question in this case is whether Obamacare’s 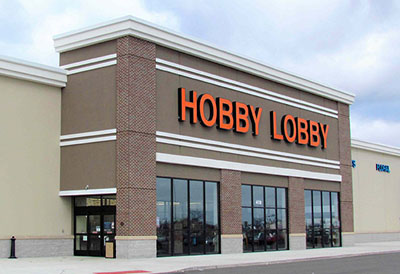 I haven’t written about it before because I’m frankly not sure what to say. As with so many other recent cases, the law seems pretty clear to me. There’s no precedent for corporations having rights of religious freedom in the first place, and that alone seems like enough to toss the case out. But even if they do, the plaintiffs have to show that the contraception requirement imposes a “substantial burden” on them. Their argument is that if they don’t comply, they’ll get hit by substantial penalties. But that’s ridiculous. The question is whether complying with the law is a substantial burden. In other words, does insurance coverage that includes contraception cost them more than insurance coverage without it? The evidence on this is fuzzy, but it seems to be fuzzy only on the question of whether there’s any cost at all. Even if there is, it appears to be small. There’s simply no serious evidence that the cost of complying with the law is large in financial terms, and it’s obviously not large in operational terms since Hobby Lobby literally has to do nothing except continue buying insurance from the same carrier they’ve always bought it from.1

So that’s where we stand. There’s no precedent in the past two centuries that gives corporations First Amendment religious freedom rights. And as near as I can tell, the contraception mandate imposes, at most, only a tiny burden on Hobby Lobby.

But none of that seems to matter. It doesn’t matter that I’m not a lawyer and might be wrong about all this. Others with the intellectual chops to know this stuff have made similar arguments in much more detail. And anyway, I thought the same thing about the original Obamacare case. It simply didn’t seem legally tenable. But it almost carried the day. A frail argument, invented a couple of years earlier and with exactly zero precedent behind it, came within a whisker of getting five votes on the Supreme Court.

This sure seems to be a similar case. The law doesn’t really matter. Four justices just don’t like the Obamacare mandate and will vote anywhere and at anytime to strike it down. Four justices will vote to uphold the mandate. Anthony Kennedy will provide the swing vote. It’s also possible, I suppose, that John Roberts will vote to uphold the mandate, simply on the principle that having upheld Obamacare once before on a slim technicality, he’s not going to relitigate it over and over on increasingly trivial details.

So….I don’t know. In cases like this, the legal arguments seem like little more than window dressing. Everyone knows the outcome they want, and they tailor their opinions to produce those outcomes. Maybe that’s too cynical. I guess we’ll find out next June.

1Oddly enough, I don’t really buy the contention that the burden is small because, after all, Hobby Lobby can simply choose not to provide health insurance at all. Technically, this might be a good argument, but it doesn’t really feel right to me. If the price of complying with the law is eliminating health insurance for Hobby Lobby’s entire employee base, that sure seems pretty substantial to me, even if the federal government isn’t directly coercing its choices one way or the other.