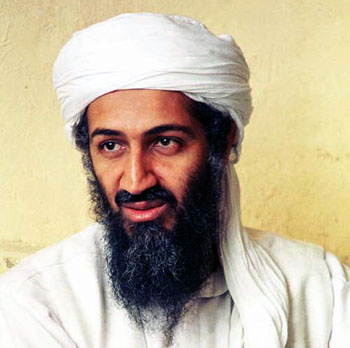 In the New York Times Magazine this week, Carlotta Gall has a long piece laying out a case that Pakistan’s ISI not only knew where Osama bin Laden was hiding all along, it actively worked with him to recruit and train new members of the Taliban:

In trying to prove that the ISI knew of Bin Laden’s whereabouts and protected him, I struggled for more than two years to piece together something other than circumstantial evidence and suppositions from sources with no direct knowledge. Only one man, a former ISI chief and retired general, Ziauddin Butt, told me that he thought Musharraf had arranged to hide Bin Laden in Abbottabad. But he had no proof and, under pressure, claimed in the Pakistani press that he’d been misunderstood.

Finally, on a winter evening in 2012, I got the confirmation I was looking for. According to one inside source, the ISI actually ran a special desk assigned to handle Bin Laden. It was operated independently, led by an officer who made his own decisions and did not report to a superior. He handled only one person: Bin Laden. I was sitting at an outdoor cafe when I learned this, and I remember gasping, though quietly so as not to draw attention. (Two former senior American officials later told me that the information was consistent with their own conclusions.) This was what Afghans knew, and Taliban fighters had told me, but finally someone on the inside was admitting it. The desk was wholly deniable by virtually everyone at the ISI — such is how supersecret intelligence units operate — but the top military bosses knew about it, I was told.

America’s failure to fully understand and actively confront Pakistan on its support and export of terrorism is one of the primary reasons President Karzai has become so disillusioned with the United States. As American and NATO troops prepare to withdraw from Afghanistan by the end of this year, the Pakistani military and its Taliban proxy forces lie in wait, as much a threat as any that existed in 2001.

This is an adapted excerpt from Gall’s upcoming book, The Wrong Enemy: America in Afghanistan, 2001-2014. The right enemy, she says, is Pakistan, which has been exporting anti-American terrorism for years:

In Punjab, mainstream religious parties and banned militant groups were openly recruiting hundreds of students for jihad, and groups of young men were being dispatched to Syria to wage jihad there. “They are the same jihadi groups; they are not 100 percent under control,” a former Pakistani legislator told me. “But still the military protects them.”

The United States was neither speaking out against Pakistan nor changing its policy toward a government that was exporting terrorism, the legislator lamented. “How many people have to die before they get it? They are standing by a military that protects, aids and abets people who are going against the U.S. and Western mission in Afghanistan, in Syria, everywhere.”

I don’t have the chops to comment intelligently about this, but thought it was worth passing along. Needless to say, the double game the ISI has been playing has been obvious for a long time. Whether it’s as bad as Gall says is something I’ll defer to those who know more about this than I do.