No, wait. They haven’t. They’ve only learned what the report says “according to U.S. officials who have reviewed the document.” It’s impossible to say if these sources are characterizing the report accurately, and their summary descriptions of the report 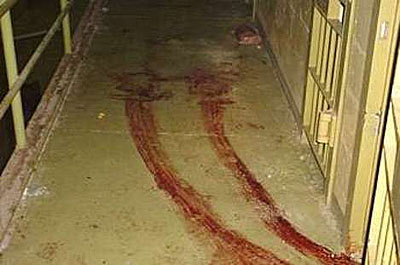 make it very hard to judge how fair the report’s conclusions are.

But with those caveats and cautions out of the way, what does the report say? This:

Several officials who have read the document said some of its most troubling sections deal not with detainee abuse but with discrepancies between the statements of senior CIA officials in Washington and the details revealed in the written communications of lower-level employees directly involved.

Officials said millions of records make clear that the CIA’s ability to obtain the most valuable intelligence against al-Qaeda — including tips that led to the killing of Osama bin Laden in 2011 — had little, if anything, to do with “enhanced interrogation techniques.”

…”The CIA conflated what was gotten when, which led them to misrepresent the effectiveness of the program,” said a second U.S. official who has reviewed the report. The official described the persistence of such misstatements as among “the most damaging” of the committee’s conclusions.

Detainees’ credentials also were exaggerated, officials said. Agency officials described Abu Zubaida as a senior al-Qaeda operative — and, therefore, someone who warranted coercive techniques — although experts later determined that he was essentially a facilitator who helped guide recruits to al-Qaeda training camps.

However, for those of us who think that detainee abuse is, in fact, as important as the lies that were told about it, there’s this:

Classified files reviewed by committee investigators reveal internal divisions over the interrogation program, officials said, including one case in which CIA employees left the agency’s secret prison in Thailand after becoming disturbed by the brutal measures being employed there. The report also cites cases in which officials at CIA headquarters demanded the continued use of harsh interrogation techniques even after analysts were convinced that prisoners had no more information to give.

The report describes previously undisclosed cases of abuse, including the alleged repeated dunking of a terrorism suspect in tanks of ice water at a detention site in Afghanistan — a method that bore similarities to waterboarding but never appeared on any Justice Department-approved list of techniques.

So the torture was even worse than we thought; it produced very little in the way of actionable intelligence; and the CIA lied about this in order to preserve its ability to torture prisoners.

Anybody who isn’t sickened by this needs to take very long, very deep look into their souls. For myself, I think I’ll go take a shower now.