Josh Barro makes the case today that unbundling cable channels and offering them a la carte wouldn’t really benefit consumers. This point has now been made so many times that I don’t think it counts as counterintuitive anymore, but Barro makes one additional point that represents my real gripe with channel bundling:

Not everyone would lose out. For example, if you never watch sports, you might be better off not having to pay for ESPN, which charges the highest carriage fee of any basic cable channel. But Mr. Byzalov estimates that sports channel carriage fees would more than triple under unbundling, as most subscribers opt out and only die-hard sports fans buy in. Consumers who don’t care about sports at all would be better off, but casual sports fans would be worse off: They wouldn’t find it worth 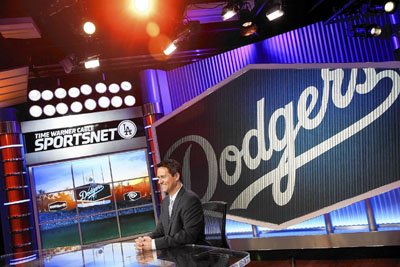 paying $37 for an unbundled cluster of sports channels, even if they would have paid the roughly $9 that it costs to get those channels as part of a bundled package.

Most people don’t know just how much sports channels cost them, but they can account for nearly half of your average cable bill in some areas. Not everywhere, mind you, but the explosion of sports channels (Fox Sports 1, the NFL channel, the Golf channel, the NBC Sports Channel, etc.) and rise of dedicated team channels (the Lakers channel, the Dodgers channel, the Pac-12 channel, etc.) have steadily pushed the price of sports skyward in big media markets like Southern California. You don’t pay $9 for that collection. Carriage fees are a closely guarded secret, so it’s hard to say how much you do pay, but it’s probably something like $25 or more.

This doesn’t hurt me, since I watch enough sports to (mostly) make this worthwhile. And the fact that all you non-sports watchers have to pay for this stuff basically subsidizes my habit. So thanks! But honestly, I don’t think you should have to. When Time Warner demands that the Dodgers channel be part of basic cable—my latest hobbyhorse—it basically amounts to a Dodgers tax on every family in the LA area. But I’m afraid I don’t really see why Time Warner should be allowed to levy a tax on every family in the LA area.

So go ahead and keep bundling. Maybe it’s more efficient in the end, and doesn’t really cost most of us very much money. But unbundle sports. It’s a big expense, and those of us who are sports junkies ought to be the ones paying it. Plus there’s this: if we all paid the true cost, instead of forcing everyone to subsidize the rest of us, it might finally provoke some serious pushback—and maybe the astronomical and absurd upward spiral of sports rights would finally abate. If this means the Dodgers are worth only $1.7 billion instead of $2 billion, that’s okay with me.