Why did the Soviet Union lose control of its satellite states behind the Iron Curtain in 1989? Lots of reasons, but the proximate cause was a disastrous war in Afghanistan; plummeting oil prices; and a resulting economic crisis. Here is Yegor Gaidar:

The timeline of the collapse of the Soviet Union can be traced to September 13, 1985. On this date, Sheikh Ahmed Zaki Yamani, the minister of oil of Saudi Arabia, declared that the monarchy had decided to alter its oil policy radically. The Saudis stopped protecting oil prices, and Saudi Arabia quickly regained its 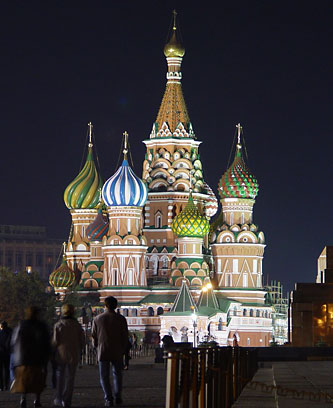 share in the world market. During the next six months, oil production in Saudi Arabia increased fourfold, while oil prices collapsed by approximately the same amount in real terms. As a result, the Soviet Union lost approximately $20 billion per year, money without which the country simply could not survive.

The Soviet leadership was confronted with a difficult decision on how to adjust….Instead of implementing actual reforms, the Soviet Union started to borrow money from abroad while its international credit rating was still strong. It borrowed heavily from 1985 to 1988, but in 1989 the Soviet economy stalled completely. The money was suddenly gone. The Soviet Union tried to create a consortium of 300 banks to provide a large loan for the Soviet Union in 1989, but was informed that only five of them would participate and, as a result, the loan would be twenty times smaller than needed.

The Soviet Union then received a final warning from the Deutsche Bank and from its international partners that the funds would never come from commercial sources. Instead, if the Soviet Union urgently needed the money, it would have to start negotiations directly with Western governments about so-called politically motivated credits. In 1985 the idea that the Soviet Union would begin bargaining for money in exchange for political concessions would have sounded absolutely preposterous to the Soviet leadership. In 1989 it became a reality, and Gorbachev understood the need for at least $100 billion from the West to prop up the oil-dependent Soviet economy.

….Government-to-government loans were bound to come with a number of rigid conditions. For instance, if the Soviet military crushed Solidarity Party demonstrations in Warsaw, the Soviet Union would not have received the desperately needed $100 billion from the West….The only option left for the Soviet elites was to begin immediate negotiations about the conditions of surrender. Gorbachev did not have to inform President George H. W. Bush at the Malta Summit in 1989 that the threat of force to support the communist regimes in Eastern Europe would not be employed. This was already evident at the time. Six weeks after the talks, no communist regime in Eastern Europe remained.

This sounds awfully familiar, doesn’t it? War, sanctions, an oil crash, and finally bankruptcy. And while history may not repeat itself, it sure does rhyme sometimes: 25 years later Vladimir Putin has managed to back himself into a situation surprisingly similar to the one that led to the end of the Soviet Union and the final victory of the West—the very event that’s motivated almost everything he’s done over the past few years. This is either ironic or chilling, depending on your perspective.