Microsoft is getting a divorce from Barnes & Noble:

On Thursday, the two companies parted ways, with Barnes & Noble buying out Microsoft for about $125 million. In other words, in just over two years, the value of the Nook business has lost more than half its value.

….And yet despite these grim numbers, Barnes & Noble has reason to look favorably on its relationship with Microsoft. The initial $300 million investment gave the bookseller an infusion of cash when it needed it most….Microsoft, meanwhile, was hoping that the Nook software would bolster its own tablet business, making it a more viable competitor to Apple’s iPad. 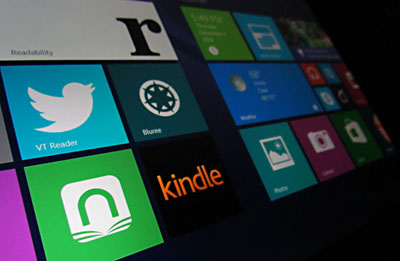 That didn’t pan out, and Microsoft was left committed to a declining Nook business that was adding little to its own ambitions in the tablet market.

This highlights one of the big problems with e-books: what happens when there’s no software left to read them? I’m a big user of the Nook app on my Windows tablet, but its demise was announced months ago. Microsoft doesn’t care about Nook because it’s not a killer app for Windows 8, and B&N doesn’t care about Windows 8 because Windows tablets have a minuscule market share. So the app died. For now everything is still fine, but it’s inevitable that when upgrades stop, eventually an app stops working for one reason or another. Will I then be able to read my Nook books in some new Microsoft reader? Or will I just be up a creek and forced to switch to an iPad or Android tablet? There’s no telling.

It’s weird. I think I now know how Mac partisans used to feel when Microsoft was eating their lunch. They all believed that Macs were obviously, wildly superior to anything from Redmond, and were only on the edge of extinction thanks to massive infusions of marketing by an industry behemoth. Now I’m in that position. After considerable time spent on both iPad and Android tablets, I find my Windows tablet obviously, wildly superior to either one. It’s not even a close call. But the market disagrees with me. The few drawbacks of Windows 8, which I find entirely trivial, are deal breakers for most users, and as a result app makers have stayed away. This causes yet more users to avoid the Windows platform and more app makers to stay away, rinse and repeat.

What a shame. I guess I can only hope that by the time Windows tablets are consigned to the dustbin of history there will finally be an Android tablet that’s actually usable by adults who want to do more than update their Facebook pages. We’ll see.