Congress is now controlled by Republicans, and it’s unlikely they’re going to pass any of the items on President Obama’s agenda. But what about executive actions? Are there any more of those left in Obama’s toolkit?

Jared Bernstein says yes. Forty years ago, when rules were set regarding retirement programs, most retirement funds were managed by corporations or unions, and it was assumed that the fund managers were financially 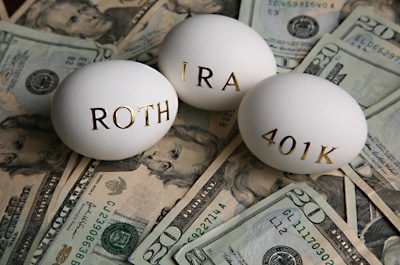 sophisticated. This meant the rules could be fairly light. But that’s obviously changed: most pensions these days are IRA and 401(k) accounts that are managed by individuals who often have a hard time telling good advice from bad:

The result was a lot of people without a lot of investment acumen trying to wade through thickets of annuities, bonds, securities, and index funds, often guided by advisors and brokers who they assumed were wholly on their side.

Many were — but research shows that many were, and are — not always acting in their clients’ best interest, generating unnecessary fees and charges that erode retirement savings. The newly proposed rule, which does not require Congressional approval, meaning it could actually come to fruition, realigns incentives in the interest of individual investors by requiring retirement financial advisers to follow an established standard (a “fudiciary standard”) to act in their clients’ interest.

….The new fiduciary standard should block what honest brokers call “over-managing:” unnecessary rollovers, churning (over-active buying and selling that generates brokers’ fees at the expense of returns), and the pushing of expensive and risky products like variable annuities.

All of which turns out to be extremely costly to retirees….Conflicted advice reduces returns by about 1 percent per year, such that a poorly advised saver might end up with a 5 percent vs. a 6 percent return. They multiply that 1 percent by the $1.7 trillion of IRA assets “invested in products that generally provide payments that generate conflicts of interest” and conclude that the “the aggregate annual cost of conflicted advice is about $17 billion each year.”

According to Bernstein, a White House study suggests that this difference between 5 and 6 percent returns can amount to five years of retirement savings under plausible assumptions. That’s a lot.

Needless to say, the financial industry is strongly opposed to this rule change, and I think we can safely assume that this means Fox News will be raising the alarums too. Their argument, apparently, is that if they’re prohibited from giving small clients bad advice, it just won’t be worth it to bother with small clients at all. Maybe so. But as Bernstein says, if that’s really the case then “maybe there’s a hitch in your business model.”

This has the potential to be an interesting campaign issue. Most Democrats, even those with close ties to the financial industry (*cough* Hillary *cough*) should have no trouble supporting this rule change. That’s a slam dunk winner with retirees and most of the middle class. Republicans will have a harder time. After all, this represents regulation, and Republicans oppose regulation. They especially oppose financial regulation, as they’ve proven by their relentless efforts to roll back even the modest Dodd-Frank regulation adopted after the financial crash.

So what will they do? Stick to their principles and oppose the new regs? That will sure provide Democrats with an easy sound bite. Jeb Bush opposes a rule that prevents brokers from deliberately giving you bad retirement advice. I don’t think I’d like to be the candidate who has to answer for that.