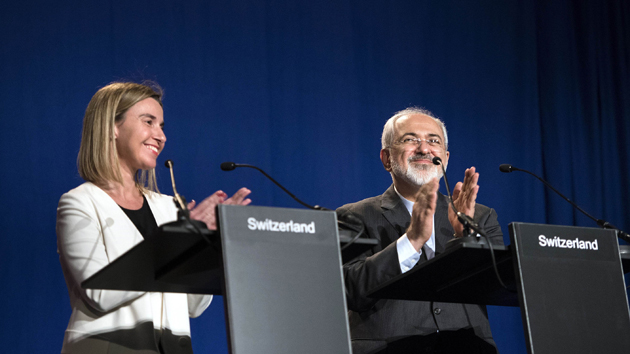 While Kevin Drum is focused on getting better, we’ve invited some of the remarkable writers and thinkers who have traded links and ideas with him from Blogosphere 1.0 to this day to contribute posts and keep the conversation going. Today we’re honored to have Cheryl Rofer, who for 35 years worked as a chemist at Los Alamos National Laboratory. If you don’t follow her already, be sure to check out her writing on national security, women’s issues, science, and nuclear power and weapons at Nuclear Diner.

When I started blogging in November 2004, Kevin was already defining the field with short, topical posts and Friday Cat Blogging. The internet was a smaller place then, and most of us knew all the others, or at least knew of them. We argued. We linked to each other, hoping to boost our SEO. We shared each others’ successes and mourned when Inkblot disappeared. Kevin has been a good companion over the years. His broad coverage of topics and to-the-point style are touchstones, even as I stray into the wonkier corners of the news.

Recently, I’ve been writing a lot about the recent negotiations with Iran. A few days past a deadline that had nuclear wonks on the edge of their seats, the talks between Tehran and officials from six other nations brought forth a plan for a plan.

That’s not nothing, although it sounds vague. Some vagueness is necessary to keep all sides happy—and that means that any description of the deal will sound vague. The United States and its partners in the P5+1 would like a neatly written-down to-do list (which they have sorta provided), and Iran’s Supreme Leader has decreed that all must be written down just once—exactly when isn’t yet clear. The results of negotiations must be spun by the sides to their very different bases.

In America, two consensuses are building. Most in the arms control community and a wide swath of foreign policy experts, including some conservatives, feel that the deal as described in that fact sheet is better than expected and should keep Iran from getting a nuclear weapon for the next decade or more. Not bad.

The more hawkish consensus ranges from bombing Iran now to leaving the talks in hopes of a better deal, which amounts to bombing Iran later. Why not, when you’re confident it would take only a few days of air strikes? They say the deal is no good because it does not guarantee Iranian compliance for perpetuity and does not totally destroy Iran’s enrichment and other nuclear capabilities. Israel’s Benjamin Netanyahu is apoplectic, but what else is new?

The same hawks also assured us back in 2003 that the invasion of Iraq would be a cakewalk. Their arguments this time around are just as boneheaded. According to the fact sheet, Iran would enter into agreements with the International Atomic Energy Agency under the Nuclear Nonproliferation Treaty; that would be, as much in perpetuity as any international deal can be. Under that treaty, Iran is entitled to peaceful nuclear energy, and, like any other country with smart scientists, can figure out how to make nuclear weapons. Bombs can’t change that.

The final deal remains to be negotiated. The fact sheet is only an outline, and some issues will be easier to solve than others. Still to be worked out: Sanctions, particularly the schedule on which they are to be lifted. A list of research and development activities that Iran is allowed to pursue may or may not have been drawn up in Lausanne. Details on how Iran’s enriched uranium stockpile will be reduced and the redesign of the Arak reactor are missing.

The extent of Iran’s past activity on nuclear weapons was relegated to the IAEA by the P5+1 throughout the negotiations, and is a lesser provision in the fact sheet. Do we have to know all Iran’s dirty secrets to police a future agreement? Probably not.

The Supreme Leader issued a tweet stream that seems to give his blessing for a deal to go forward, but his words were unclear enough that domestic hardliners could seize on them in an attempt to scuttle the deal. Iran’s President Rouhani has voiced his support. In Israel, even the general who bombed the Osirak reactor thinks it’s a good deal.

Stateside, President Obama is doing what he can to move the agreement along, talking to Sen. Bob Corker (R-Tenn.), the author of the bill most likely to throw a wrench in the machinery. Democrats who once supported that bill are now reconsidering that stance. The President has given major interviews to Tom Friedman and NPR. Secretary of Energy Ernest Moniz, who was part of the negotiations, is talking to the press.

Yes, if the sanctions are lifted, Iran might be able to make other sorts of trouble in the Middle East. But it’s doing that anyway. We won’t know for some time whether an agreement can mellow Iran by opening it to the world and better economic conditions.

If an agreement can be negotiated to completion, Iran can’t get the bomb for a decade or more. That’s enough for now.