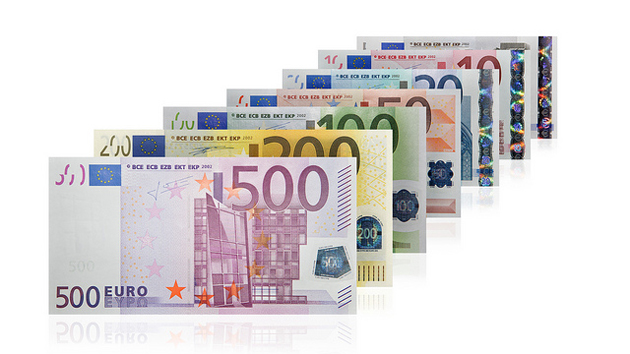 While Kevin Drum is focused on getting better, we’ve invited some of the remarkable writers and thinkers who have traded links and ideas with him from Blogosphere 1.0 through today to pitch in posts and keep the conversation going. Here’s a contribution from Keith Humphreys, a professor of psychiatry at Stanford University whose sharp insights on addiction, drug policy, and many other topics have helped make the Reality-Based Community group blog a must read.

The Euro is the Windows 8 of the economic policy design world: In both cases, it’s very hard to understand how putatively smart people worked so hard to create a product so ill-suited to the needs of those who were supposed to rely on it. At this point, this isn’t much of a secret: as Kevin Drum pointed out back in 2011, a common currency deprives markets and nations of tools that normally ameliorate the effects of capital flow imbalances, inflation spikes, and crushing debt payments. Kevin and other people who understand fiscal policy better than I ever will (e.g., Matt O’Brien and Paul Krugman) convinced me long ago that the Euro was designed with a lack of understanding of (or an unwillingness to grapple with) basic lessons of economics.

But speaking as a psychologist, the common currency’s fundamental design flaws don’t end there: the Euro creators should have thought harder about what social scientists have learned about how compassion and cultural identity interact.

In asking nations to entrust their economic fate to the Euro, its designers were assuming that Europeans have a reservoir of goodwill among them. That goodwill was supposed to ensure, for example, that no prospective member had to worry that a powerful member would use its Euro-derived leverage to turn the screws on a weaker member which was—to pick an example out of thin air—wracked by colossal levels of debt, unemployment and economic misery.

But that’s exactly what the Germans have done to the Greeks. Why aren’t the Germans overcome with sympathy for the Greeks? It’s not that Germans are selfish or hard-hearted: after all, they have spent ten times the current GDP of Greece helping the economically struggling people of the former East Germany.

Social psychology researchers have identified a powerful in group bias in willingness to help others, whether it’s hiring someone for a job or supporting social welfare programs for the poor. Human beings are, in short, more inclined to help other people whom we perceive as being a member of our tribe.

Human psychology wouldn’t cause as many problems for the Euro if there was a strong European identity, if a West German was as likely to consider an East German a tribe member as they would a Greek or a Spaniard or an Italian. But when most Germans and Greeks look at each other, they fundamentally see someone who speaks a different language and hails from a different culture with a different history—and for that matter was a military enemy within living memory.

With no shared sense of tribe comes a sharp reduction in compassion and attendant willingness to help.  The elites who designed the Euro may genuinely have believed and even felt a sense that Europe is all about “us”, but the currency’s recent struggles show that for too many Europeans, it’s more about us and them.