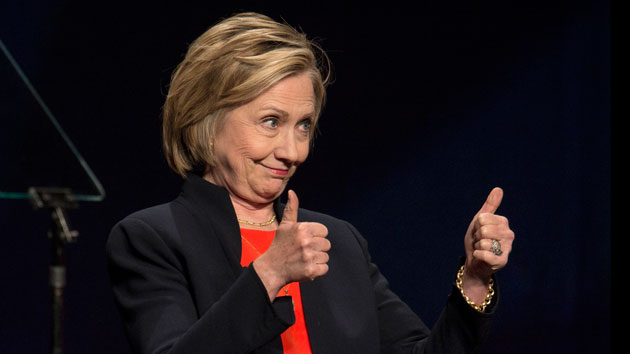 With Hillary Clinton now officially running for president, progressives are upping the pressure on her to embrace their policy agenda, including the holy grail of expanding Social Security benefits. As I wrote recently, Sen. Elizabeth Warren did her part to force a discussion about expanding benefits onto the national agenda by engineering a Senate vote that won the support of nearly every one of her Democratic colleagues in late March.

But it’s actually Republicans, not progressives, who have essentially guaranteed that Social Security will be a major issue in 2016, setting up a battle that will provide stark contrast between the two parties on the issue: As National Journal‘s Dylan Scott wrote last week, House Republicans passed a little-noticed procedural rule back in January that will ensure a heated debate on the Social Security at the height of the presidential campaign.

As things stand now, in the final three months of 2016, the Social Security Disability Insurance trust fund will run out of money and beneficiaries will see an immediate 20 percent cut in benefits. Luckily, there’s an easy fix: Congress can simply reallocate a small amount of payroll tax income from the larger Social Security retirement fund to the disability fund. In fact, this routine move has been done 11 times over the past several decades. And because the disability fund is so small compared to the general retirement fund, the fix would extend disability benefits until 2033 while hardly making a dent in the retirement fund. (The Center on Budget and Policy Priorities has a handy explainer on this.)

But just as Republicans in recent years have turned once routine debt ceiling votes into near-catastrophic showdowns, the Republicans’ new procedural rule blocks the House from voting on this simple fix unless they also address the long-term solvency of the program by cutting benefits or raising taxes. Progressives expect House GOPers to use the rule to force through benefits cuts in late 2016.

Or at least that seems to be their plan. But what House Republicans have actually done is set up a battle that will force the two parties and their respective candidates to take a position on whether to expand or cut Social Security benefits in late 2016—just as Americans are picking their next president.

As advocates for expanding benefits will happily tell you, an overwhelming majority of voters support expansion. As retirement policy expert Mark Miller wrote back in January, “Mr. Obama and other Democratic leaders have been presented a great opportunity here to re-locate their spines on Social Security and reclaim the legacy of FDR.”