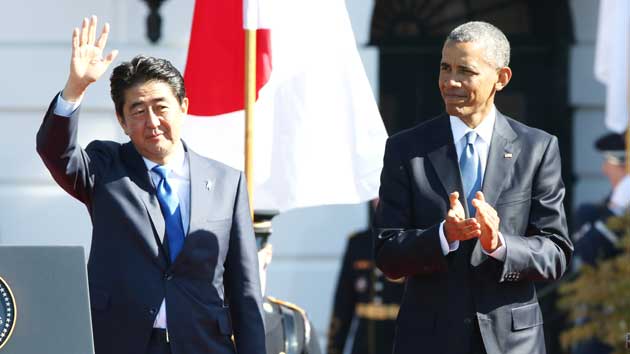 While Kevin Drum is focused on getting better, we’ve invited some of the remarkable writers and thinkers who have traded links and ideas with him from Blogosphere 1.0 to this day to contribute posts and keep the conversation going. Today we’re honored to present a post from Daniel Drezner.

One of the enduring memes of the Obama administration has been the notion that the president is a lousy politician. One of the things that Bill Clinton and George W. Bush had in common is that they knew how to schmooze. Obama, on the other hand, does not have any close friendships on the international stage, nor is he particularly tight with Republican or Democrat members of Congress. Indeed, this has been a sufficiently common lament for someone to write “A Brief History of President Obama Not Having Any Friends” last year.

So let’s stipulate that the president is a cold fish. What remains contested is whether this matters in terms of getting things done. There are DC insiders who argue that personal relationships and one-on-one politicking really do matter. These are the pundits who tend to bemoan presidential passivity and write “Why won’t Obama lead?” ledes and ask why Barack Obama doesn’t drink more whiskey with Mitch McConnell or play more golf with John Boehner. And then there are structuralists who argue that what really matters are the separation of powers written into the Constitution and the incentive of opposition parties to, you know, oppose the president’s policies.

When it comes to managing his own party, there may be something to the “Why can’t Obama lead?” meme.

Last week’s machinations over trade promotion authority (TPA) regarding the Trans Pacific Partnership (TPP) will not definitively settle this debate, but they did offer a few data points that suggest the relative merits of each side of this debate.

First, Senate Majority Leader Mitch McConnell gave a delightfully blunt interview to the New York Times‘ John Harwood. On TPA/TPP, McConnell and most of the Senate Republicans are working with Obama, which puts him in strange territory. To explain this to Harwood, McConnell flatly debunked the notion that Obama would have accomplished more in the GOP-controlled Congress if only he’d been more sociable with Republican members of Congress:

In the caricature of how Washington works, Mr. McConnell and other congressional Republicans were supposed to bond with Mr. Obama at a so-called bourbon summit meeting, as though a soothing, generous pour would bring them together.

It has never happened—which, as far as Mr. McConnell is concerned, counts for exactly zero.

“It’s all good stuff for you all to write, but it has no effect on policy,” Mr. McConnell said. He dismissed “press talk” that social outreach could bridge the deep ideological and partisan divisions of 21st-century American politics.

“It wouldn’t make any difference,” he concluded. “Look, it’s a business.” (emphasis added)

And that sound you just heard was the combined egos of the “why can’t Obama lead” crowd visibly deflating.

McConnell’s Hyman Roth-like answer would seem to validate the structuralist position of the president’s ability to get legislation passed—at least when it comes to dealing with the opposition party.

When it comes to dealing with his own party, however, I’m not sure that the structuralists can claim victory. One could argue that Democrats are just as constrained on trade as Republicans because of their base’s public opinion, but I don’t think it’s really that simple.

There were a lot of things going on in last Tuesday’s initial failure of TPA to pass the Senate, including genuine policy differences between Obama and elements of the progressive movement. But as Reuters noted, at least part of it was Obama’s alienation of Senate Democrats:

As for Obama, he may have hurt his chances with Democrats by minimizing concerns about trade’s impact on labor, the environment and regulations, and his explicit criticism of the anti-trade stance of leading liberal Democratic Senator Elizabeth Warren.

“The president was disrespectful to her,” Democratic Senator Sherrod Brown told reporters. “When he said that a number of us, not just Senator Warren, don’t know what we’re talking about…he shouldn’t have.” Brown opposes the fast-track bill.

Indeed, there has been a lot of Democrat grumbling about Obama’s rhetorical jabs at Warren and other anti-TPP Democrats, to the point where Sherrod Brown accused Obama of sexism.

Of course, twenty-four hours later, a deal had been struck for a vote on TPA in the Senate. If Edward Isaac-Dovere and Burgess Everett’s Politico recap is accurate, then Presidential Leadership (TM) played a pivotal role in the process:

The White House named names. And not 24 hours later, President Barack Obama and his aides had a deal to get fast-track back on track…

Obama aides strategically put out word to reporters of the meeting, even before senators had arrived at the White House. Shortly after the meeting ended, they released the list: the seven Democrats who’d voted for fast-track in committee, plus Sens. Heidi Heitkamp (D-N.D.), Patty Murray (D-Wash.) and Tim Kaine (D-Va.). A few hours before, every Senate Democrat except Tom Carper of Delaware had publicly rebuked his trade effort. Now the White House put on the spot the other nine who had either publicly or privately indicated they would support the underlying fast-track and Trade Adjustment Assistance package, but who voted against opening debate.

In other words, the president had more than enough votes just in the room to get the trade bill moving. According to senators who were there, the president took his time, spending 90 minutes to explain why they needed to get their act together.

Now this does sound like some Old Time-y Presidential leadership, and so maybe, when it comes to managing his own party, there is something to the “Why can’t Obama lead?” meme.

But not a lot. My colleague Greg Sargent’s take suggests that last Tuesday’s vote was more about Reid/McConnell dynamics than anything to do with Obama. And even the close of Politico‘s story:

Then again, some Senate Democrats said this all would have been resolved even without Obama—though maybe not in time for the House to take up the bill in June, keeping it on track to help Obama seal the Trans-Pacific Partnership with 12 Pacific Rim countries.

“This was going to end up there anyway,” Nelson said. “But I would say the meeting with the president accelerated the discussion.”

So, to sum up: Most of the time, the structuralists are mostly right when it comes to presidents exercising leadership in pushing legislation through Congress. But they’re not completely right. On the margins, when dealing with one’s own party, maybe presidential leadership matters just a wee bit.