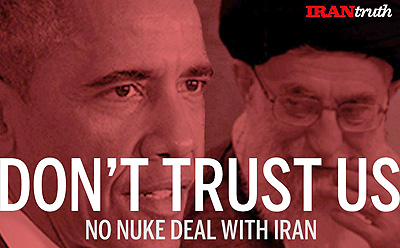 Max Fisher talked to another arms control expert today, and Aaron Stein says it’s a very good agreement. The Iran nuclear deal “exceeds in all areas. It makes the possibility of Iran developing a nuclear weapon in the next 25 years extremely remote.”

Fine. The technical experts are all impressed. But what about the opponents of the deal? What do they think?

Luckily, Matt Yglesias did the legwork to confirm what I had already concluded anecdotally: they don’t really have any serious arguments against the deal. Oh, they toss out a few tidbits here and there about inspection times and so forth, but it’s just fluff. The inspection regime is actually very tough. No, the problem is that conservatives simply don’t want a deal. Period. They want sanctions to remain in force forever. Or they just want to bomb Iran’s nuclear facilities. Or they don’t say much of anything except that Iran is a bad country, and we shouldn’t do deals with bad countries.

All of this is fatuous, and the critics know it. Sanctions never last forever. If we tried to keep them in place without ever offering Iran a reasonable bargain to lift them, our allies would desert us. Bombing would be just as bad. Instead of keeping Iran in check for ten or more years, it would merely set them back two or three. And it would confirm their belief that the only defense against the United States is a nuclear deterrent. They’d be even more determined to build a bomb after that. As for Iran’s leadership not being choir boys, no kidding. You don’t make deals 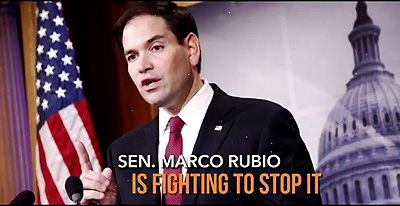 like this with friendly countries. You make them with antagonists. That’s the whole point.

I don’t want Iran to build a nuclear bomb. It would quite likely set off a nuclear arms race in the Middle East, which is the last place on the planet that we want to have one. And as near as I can tell, this deal is our best chance to keep Iran nuclear free for a good long time. If any conservative can offer a better plan, I’m all ears. Either:

Describe a tougher deal that you can reasonably argue Iran would have accepted.

Explain why some other course of action would be better at keeping Iran nuclear free than a negotiated deal.

No name calling, no comparisons to Neville Chamberlain, no complaints that Iran hates Israel, and no blather about appeasement. Make an argument. A real argument about a course of action that would be better than the deal currently on the table. Let’s hear it.