Scott Walker, low on funds and polling at zero percent, has dropped out of the Republican race for president. Let’s see now, what did I say about Walker late last year? Oh yes:

Predictions are hard, especially about the future. But if he runs, I rate Walker a favorite right now.

If I’d been smart, I would have stopped at “future.” In my defense, (a) this is a hard race to predict, and (b) who would have guessed that Walker would be quite as incompetent on the campaign trail as he turned out to be? At this point, I guess I’d go with the obvious and put my money on Bush or Rubio. The 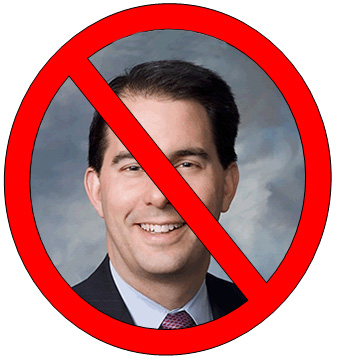 non-office-holders still don’t seem plausible to me; the Cruz/Huckabee/Paul contingent is just too extreme; Kasich seems too moderate; and the rest are mired in nowhereville. But really, who knows?

For what it’s worth, I think Walker was a victim of Donald Trump. My sense is that he thought he had the tea party base locked up, and then Trump came along and took it by storm without displaying any kind of normal conservative ideology. So whenever a topic popped up in the news, Walker froze. He knew the “right” response, but Trump was constantly out there stealing the spotlight by saying something different and outrageous. What to do? Spout the usual tea party shibboleths? Or go along with the Trump response that seemed to have everyone so excited? He couldn’t make up his mind, so he regularly declined to take any position at all—only to clumsily change his mind a day or two later.

This was the worst possible thing to do, since it made him look completely unprepared for the presidency. If he can’t even come up with a simple sound bite about Syrian refugees or how to beat ISIS, what’s he going to do if he actually makes it to the Oval Office? In the end, he couldn’t figure out what to do about Donald Trump, and he paid dearly for it.

But at least there’s one thing we don’t have to speculate about: who will pick up all of Walker’s supporters. There aren’t any left.