This happened yesterday while I was away from my desk:

The FBI has recovered personal and work-related e-mails from the private computer server used by Hillary Clinton during her time as secretary of state, according to a person familiar with the investigation.

The Federal Bureau of Investigation’s success at salvaging personal e-mails that Clinton said had been deleted raises the possibility that the Democratic presidential candidate’s correspondence eventually could become public. The disclosure of such e-mails would likely fan the controversy over Clinton’s use of a private e-mail system for official business.

Nobody seems to have made the most obvious observation about this: It pretty strongly suggests that Hillary Clinton was not trying to hide anything when she deleted personal emails from her server.

At the risk of boring my technically-minded readers, files on a computer work sort of like an old-fashioned card catalog in a library. If you “delete” a book by tearing up the index card, the book is still there. It might be harder to find, but with a little detective work you can still dig it up. Eventually, 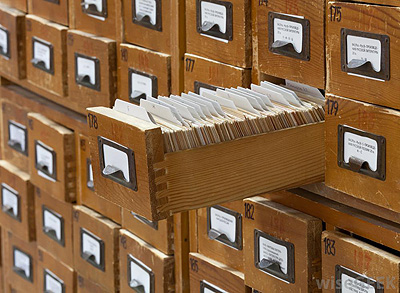 though, the book will truly disappear. Maybe someone steals it and no one cares. Or the library needs more space and gets rid of all the books with no index cards. Etc.

This is how computers work. When you delete a file, you’re just deleting the index card. The file is still there on the hard drive. Eventually, though, the file will truly disappear. Maybe another program writes over the file. Or you run a disk defrag program and whole sections of the disk get written over. Etc. Some files will get permanently deleted within days. Others might stick around for years. It’s just random chance.

Needless to say, things don’t have to happen this way. If you want to make sure that a file is well and truly deleted, it’s easy to do. Anyone with even a smidgen of computer experience either knows how or knows how to find out. Here’s one way, which took me ten seconds to Google. If I were really serious, I’d take the time to read a bit more, and also make inquiries about backups. This is IT 101.

But apparently Hillary didn’t ask about any of this stuff. No one on her staff brought it up. They just pushed the Delete key and the emails disappeared. The IT folks were never involved.

These are not the actions of a staff trying to stonewall FOIA requests or foil a congressional committee. Any bright teenager could have done better on that score. By all the evidence, Hillary is telling the truth. She just told her staff to delete personal emails and turn over the rest to the State Department. There was nothing more to it.

But no one’s reporting it that way. Peculiar, isn’t it?