A few days ago Scott Walker refused to answer a question about Syrian refugees because “I’m not president today, and I can’t be president today.” This was a novel take on presidential campaign questions, which are—for obvious reasons—all about what you’d do as president. But apparently Walker decided it was unfair to ask him about that before he actually became president. He left unclear what kinds of questions would be left for reporters to ask him.

Today, unsurprisingly, Walker changed his tune. He decided to “clarify” his answer, which turned out to be simple: he doesn’t want the US to take in any more Syrian refugees. We take in plenty already. Instead, he wants to increase our bombing campaign against ISIS. This would probably 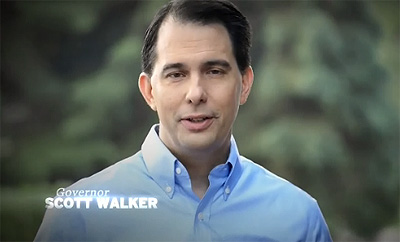 make the refugee crisis worse, but whatever.

I say that Walker’s clarification was unsurprising because he’s really made a habit of this. Steve Benen provides the blow-by-blow:

Walker’s pattern of stumbling only reinforces doubts about his strength as a national candidate. TPM’s Caitlin MacNeal noted a series of issues and controversies — Kentucky’s Kim Davis, whether sexual orientation is a choice, evolutionary biology, President Obama’s patriotism and religion — on which Walker couldn’t or wouldn’t share his position publicly.

There are a variety of other issues — birthright citizenship, Boy Scouts, building a Canadian border wall — on which Walker managed to state an opinion, but soon after, that position proved untenable, forcing him to “clarify” his actual beliefs. Asked about Walker last week, an Iowa Republican told Politico, in advance of this week’s incident, “For the last two months [Walker] hasn’t made a single policy pronouncement that he or his staff hasn’t had to clarify or clear up within two hours.”

When the campaign began, I was pretty bullish on Walker. He seemed to have the right combination of respectability and pit-bull snarl to appeal to a wide variety of voters. And since he’s had a long political career, including four years as Wisconsin governor, he’d have a pretty good handle on campaigning.

But no. It turns out he barely has a clue about campaigning. Has this always been the case, or has the rise of Donald Trump completely flummoxed him? Maybe a bit of both, but I think he’s really let Trump get inside his head. He planned to campaign pretty far to the right, and when Trump took that away from him he didn’t seem to know what to do. Agree with Trump? Then he’s just a follower. Disagree with Trump? But that could be dangerous if the base is really enthralled with the guy. What to do?

The answer, apparently, is to make it clear that he has no considered views of anything and merely wants to say whatever will make the tea partiers happy. But he no longer knows what that is. So he tap dances desperately, but does it so bumblingly that he just embarrasses himself. At this point, it’s not clear if he’ll ever get his act together.