Erik Brynjolfsson and Andrew McAfee try to calm our fears about robots taking all our jobs. Sure, some jobs will disappear, they say, but others will be created:

For example, machines are currently dominating the jobs in routine information processing. “Computer,” after all, used to be an actual job title of a person who sat and added long rows of numbers. Now it is, well, an actual computer.

On the other hand, jobs such as data scientist didn’t used to exist, but because computers have made enormous data sets analyzable, we now have new jobs for people to interpret these huge pools of information. In the tumult of our economy, even 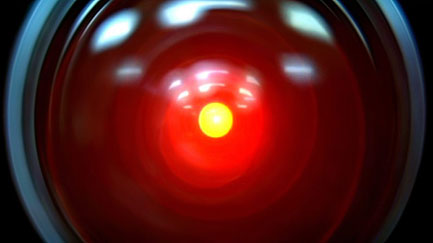 as old tasks get automated away, along with demand for their corresponding skills, the economy continues to create new jobs and industries.

This may not be quite as reassuring as they intended. I figure that “routine information processing” probably still accounts for tens of millions of jobs. “Data scientist,” on the other other hand, requires an advanced education and probably accounts for tens of thousands of jobs at best. This trade is going to leave a whole lot of people unemployed.

More generally, though, I’m surprised at the amount of attention given to the question of whether automation is taking away jobs right now. The bulk of the evidence suggests that it’s not—or, if it is, it’s happening at a very slow rate. But this is an uninteresting question since there’s really very little controversy about it. Artificial intelligence doesn’t exist yet, so of course it’s not taking away any jobs. The question that matters is (a) whether AI will eventually exist, and (b) how many jobs will be left for humans if and when it arrives.

Brynjolfsson and McAfee, for example, say that there are three areas where “humans have a distinct advantage over machines”: creative endeavors, social interactions, and physical dexterity. True enough. But there’s no reason to think this will last long. The vast bulk of humanity isn’t very creative; most of us are surprisingly willing to put up with obviously artificial congeniality; and physical dexterity in robots is already within shouting distance of being good enough for machines to start digging post holes. If we ever create true AI—or even something close—none of these three things will give humans any advantage over digital intelligence. Most likely, homo sapiens will be obsolete within a few decades.