A few days ago Matt Yglesisas wrote a #Slatepitch piece arguing that Hillary Clinton “is clearly more comfortable than the average person with violating norms and operating in legal gray areas”—and that’s a good thing. In a nutshell, Democrats can’t get anything done through Congress, so they need someone willing to do whatever it takes to get things done some other way. And that’s Hillary. “More than almost anyone else around, she knows where the levers of power 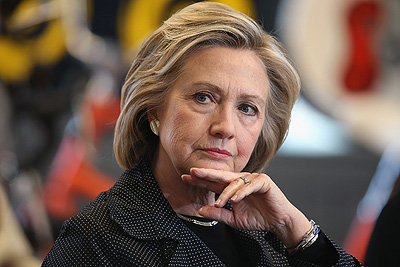 lie, and she is comfortable pulling them, procedural niceties be damned.”

Unsurprisingly, conservatives were shocked. Shocked! Liberals are fine with tyranny! Today Matt responded in one of his periodic newsletters:

A system of government based on the idea of compromises between two independently elected bodies will only work if the leaders of both bodies want to compromise. Congressional Republicans have rejected any form of compromise, so an effective Democratic president is going to try to govern through executive unilateralism. I don’t think this is a positive development, but it’s the only possible development.

I don’t think I’m as pessimistic as Yglesias, but put that aside for a moment. Look at this from a conservative point of view. They want things to move in a conservative direction. But compromise doesn’t do that. In practice, it always seems to move things in a more liberal direction, with a few conservative sops thrown in that eventually wither away and die. This leaves them with little choice except increasingly hard-nosed obstructionism: government shutdowns, debt ceiling fights, filibusters for everything, voter ID laws, etc. etc.

And there’s a lot of truth to this to this view. The entire Western world has been moving inexorably in a liberal direction for a couple of centuries. It’s a tide that can’t be turned back with half measures. Conservative parties in the rest of the world have mostly made their peace with this, and settle for simply slowing things down. American conservatives actually want to reverse the tide.

That’s all but impossible in the long term. It’s just not the way the arc of history is moving right now. But American conservatives are bound and determined to do it anyway.

This is the fundamental problem. British conservatives, in theory, could turn back the clock if they wanted to, but they don’t. Their parliamentary system allows them to do it, but public opinion doesn’t—which means that if they want to retain power, there’s a limit to how far they can fight the tide. If American conservatives were in the same situation, they’d probably end up in the same place. Once they actually got the power to change things, they’d very quickly moderate their agenda.

It’s in this sense that our system of governance really is at fault for our current gridlock. Not directly because of veto points or our presidential system or any of that, but because these features of our political system allow conservatives to live in a fantasy world. They dream of what they could do if only they had the political power to do it, and they really believe they’d do it all if they got the chance. Thanks to all those veto points, however, they never get the chance. Full control of the government would disabuse everyone very quickly of just how far they’re really willing to go, but it never happens.

We are living through an era in which conservatives are living a fantasy that can never be. But our system of governance denies them the chance to test that fantasy. So it continues forever. It will stop eventually, either because conservatives somehow do gain total political power and are forced to face up to its limits, or because it burns itself out through continual head banging that gets them nowhere combined with demographic changes that decimate their base. Probably the latter. It’s only a question of how long it takes.