Yesterday really highlighted the difference between Apple PR and Microsoft PR. Last month, I started hearing about Apple’s big product announcement at least a week before it happened. By the time Der Tag rolled around I had read at least a dozen previews, and on the day itself practically everyone was not just reporting on it, but liveblogging it, tweeting it, Instagramming it, and just generally going bananas. And that was for an announcement that turned out to be fairly unexciting.

On Tuesday, Microsoft put on its big product announcement show. I had no idea it was on the calendar. I hadn’t read a word about it beforehand. On the day itself, my Twitter feed was silent. The front pages of newspapers were busy with other 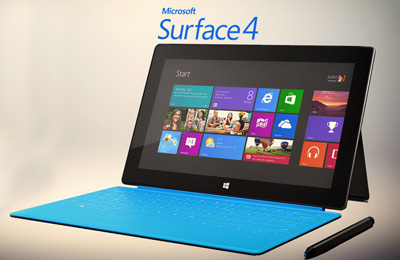 things. And that’s despite the fact that Microsoft was actually introducing some fairly cool stuff.

(Note: this is not meant as an Apple vs. Windows fight. If you think nothing related to Windows could ever be cool, that’s fine.)

But it also highlighted how far from the mainstream my tastes seem to be. One of Microsoft’s announcements, for example, was a new notebook with a detachable screen that can be used as a tablet. Ho hum. There are dozens of those around. Except for one thing: this notebook screen has 267 ppi resolution, which means you can actually use it as a tablet without your eyes going cockeyed. But that got hardly any attention at all. Why? Am I the only one who’s been waiting for a genuinely high-res Windows tablet? And even if I am, why else would anyone even care about this new laptop? It’s expensive and otherwise not especially noteworthy.

Ditto for the new Surface Pro 4. It’s slightly bigger and a bit lighter than the old Surface Pro, and it sports faster processors. That’s all fine, though nothing to shout about. But! Its screen is super high-res, just like the notebook. I’ve been pining away for this for years. I want one. And I have a birthday coming up.

So that’s question #1: Does the rest of the world think that 200 ppi is basically fine? I mean, it is fine, in a way. I use a 200 ppi tablet all the time, and it’s OK. But it’s not great. Surely this deserves more attention, especially since Retina displays have been a selling point on iPads for a long time.

Question #2: Still no GPS? Come on. What would it take, a ten-dollar chip plus an antenna? On a tablet that costs a thousand bucks, you’d think Microsoft could spring for this. But maybe no one cares. Am I the only person who thinks it’s sometimes useful to use a big tablet rather than a tiny phone to display maps? Unfortunately, I can rarely do that because you need GPS for it to work. (Or, alternatively, some way to tap into my phone’s GPS, the same way I tap into its internet connection via WiFi.)

And now for Question #3. Let’s let Slate’s Will Oremus set the stage:

The Surface Pro 4 nominally starts at $899, but that’s without a keyboard, or the fast processor, or any of the other goodies that make the Surface a viable PC. Realistically, it’s going to run you well over $1,000 and will top $1,500 fully loaded. So, yes, it had better replace your PC.

What’s the deal with the continuing obsession over fast processors? I’ve been using Windows tablets with crappy Atom processors for a couple of years, and never had any complaints. I could easily use any of them as my primary desktop machine. The lowest-end processor on the Surface 4 is quite a bit faster than an Atom SOC, so why all the angst over needing something even better?

Obviously there are exceptions. If you’re doing software builds or heavy-duty video editing or high-end gaming, you’ll want lots of memory and the fastest processor you can get. But you’re probably not going to do any of those things on a tablet anyway, no matter how good it is. For all the ordinary stuff we white-collar worker types do—spreadsheets, word processing, email, web browsing, etc.—just about any modern processor will work fine. Why sweat it?

(More generally, Oremus is right about the price, though. You’ll need a keyboard and a docking station if you plan to use a tablet as your primary machine. That will push the Surface Pro 4 up to $1,200 or so even at the low end.)

And what the hell, as long as I’m on the subject, here’s Question #4: why are Macs so popular among journalists? Back in the day, Macs had real advantages in display graphics, which led to the development of lots of image editing and page makeup software for Macs. That made them very popular with graphic artists. But writers? Word processing is word processing. A cheap notebook does it as well as an expensive one. So why did journalists migrate to Macs in such numbers? Anyone have any idea?