I don’t blame Milbank. If I were in his shoes I’d be plenty enraged too. And yet, that still doesn’t make this right:

Obama said … nothing. He didn’t go to the briefing room and make a statement. He didn’t even release a written statement.

….Where was the demand that Iran immediately release Rezaian and the two or three other Americans it is effectively holding hostage? Where was the threat of consequences if Tehran refused? How about some righteous outrage condemning Iran for locking up an American journalist for doing his job? 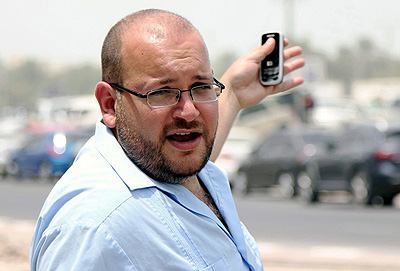 Even if Obama’s outrage came to nothing, it would be salutary to hear the president defend the core American value of free speech.

There are times when presidents should vent a little outrage, and maybe Obama should do it more often.1 But the fundamental truth about threats is that you don’t make them unless you’re willing to carry them out—and that goes double for presidents. If Obama had done what Milbank asked, and then failed to follow up, he’d open himself up to justified contempt. But if he did follow up, he’d be allowing America’s foreign policy to be dictated by the fate of a single person. Like it or not, a president can’t operate like that. He has bigger responsibilities than Donald Trump does.

Since neither of these options is acceptable, all that’s left is to take the course Obama has decided on: say nothing and allow his State Department to work behind the scenes. That’s not very emotionally satisfying, but it’s the right thing to do.

1Though Obama has publicly called for the release of all American prisoners in Iran on more than one occasion. “We are not going to relent until we bring home our Americans who are unjustly detained in Iran,” he said shortly after the Iran nuclear deal was announced. “Journalist Jason Rezaian should be released. Pastor Saeed Abedini should be released. Amir Hekmati, a former sergeant in the U.S. Marine Corps, should be released.”