I hopped over to The Corner to see what was going on, and the answer is….political correctness. Here are first few headlines I saw:

The Hidden Cost to Crazy Leftist Domination of Universities

The Left Is Starting to Tear Itself Apart: College Coeds Are Like Yazidi Slaves? 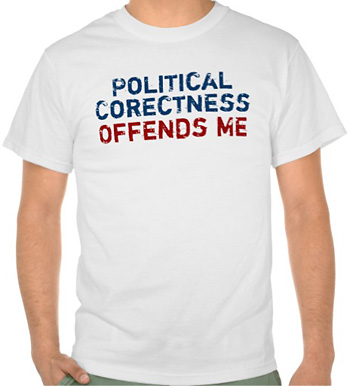 Conservatives are really flooding the zone over this. And since there’s obviously been some bad behavior on the part of the Yale and Missouri protesters, they have an easy time mining a few days of outrage over it. As for myself, I haven’t said much of anything, for a couple of reasons. First, I’m not just a middle-aged white guy, I’m a middle-aged white guy who grew up in Orange County and now lives in Irvine. Off the top of my head, I can remember only one black schoolmate while I was growing up, and pretty much none in the neighborhood I live in now. So I’m not exactly well placed to have any deep insights on interracial relationships.

Second, when things like this erupt, it’s often the case that the proximate cause is merely the last in a long series of things that already have everyone simmering. So the provocation itself (say, a fairly anodyne email about Halloween from a residential master) is often easy to mock because it really is sort of trivial on its own. And the reaction (“friends who are not going to class, who are not doing their homework, who are losing sleep, who are skipping meals”) can seem absurdly delicate. But fixating on a single incident like this is as silly as trying to figure out why all those European countries really cared so much about Archduke Ferdinand. In both cases, you’re missing the forest for the trees.

And this is why the conservative reaction to this stuff always seems so shallow. Sure, students shouldn’t scream at people. Sure, professors shouldn’t call in “muscle” to kick people out of public spaces. Sure, yet another demand for more diversity training can seem tiresome. Go ahead and criticize all this stuff. Plenty of people on the left have done so too.

But at the same time, if you are going to comment on these affairs, take the time to understand not just the (possibly trivial) proximate cause, but the underlying problems that have been building up for months or years. At least acknowledge what the real grievances are. I haven’t spent a lot of time reading about the Yale and Missouri protests, but even I know that there are a whole raft of complaints about racist behavior that have been accumulating for some time. Is it asking too much for conservatives to at least mention this, and perhaps condemn it? Even a “to be sure” paragraph would be better than nothing.

For what it’s worth, I think the hair trigger that campus lefties seem to have for all manner of isms often goes too far. It’s not just tiresome, it’s counterproductive, since it convinces too many people that they shouldn’t engage with these issues at all. One wrong word at the wrong time bears too much risk of career or education-threatening blowback—especially in an era when social media can randomly pluck people out of obscurity to become sacrificial lambs. Better to just hunker down and say nothing. Unfortunately, the result is that you lose the engagement of some of the very people it would be most helpful to have on board. Just a thought.