Following the attack on the Planned Parenthood clinic on Colorado, we are having the usual spats over what kind of political speech is and isn’t appropriate. Apropos of that, here are three things I believe. These are not universally fashionable at the moment, but I suppose that’s all the more reason to lay them out yet again.

Nazi analogies are OK. Most Americans are not great students of history, and Nazi analogies are often just the most accessible way to make a historical point that you know everyone will get. Generally speaking, comparing a bit of behavior to the Third Reich doesn’t mean you’re literally accusing someone of being Hitler, and everyone knows it. We should all stop pretending otherwise. What’s more, sometimes the comparison is actually apt. For example, pro-lifers claim to believe that abortion is murder, which makes comparisons to the Holocaust perfectly reasonable.

Obvious caveats: Don’t be an asshole. It’s easy to go overboard and trivialize Nazi horrors. This is both insulting and tedious. It also makes you 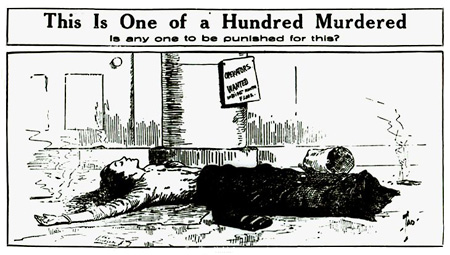 look like an idiot, so have a care. Not everything deserves to be compared to Hitler.

There’s nothing wrong with politicizing tragedies. The Triangle Shirtwaist fire prompted a sea change in views of workplace safety, and I think that was just fine. The 9/11 attacks increased public support for the invasion of Iraq, and I assume conservatives think that was just fine. More generally, what’s wrong with politicizing tragedies? That’s when people are paying attention, which means it’s often the best time to mobilize public support to address the issues underlying the tragedy. That’s what politics is for, isn’t it? If liberals want to use the Planned Parenthood attack to raise public awareness of gun violence and access to abortion, they should go right ahead. If conservatives want to use it to raise public awareness of the number of abortions performed every year, they should feel free to try.

Obvious caveats: Don’t be an asshole. Wait until we actually know what happened. Show some respect for the victims and their families. Don’t lie. Never even hint that the tragedy was in some way deserved.

Talk is not responsible for extreme acts, especially by the mentally ill. Political speech is often fiery. It’s often supposed to be fiery, and there’s always a risk that a few unhinged listeners will react in extreme ways. That’s a chance we have to take. If we rein in political speech to a level where there’s literally no risk of anyone reacting badly, we’ll have nothing but pabulum. Robert L. Dear might very well have been motivated to attack Planned Parenthood because he heard about them selling fetal tissue, but that doesn’t mean it was wrong for activists to bring this to the public’s attention.1

Obvious caveats: Don’t be an asshole. If you’re doing the verbal equivalent of hoisting a pitchfork and telling people to storm the Bastille, don’t pretend to be surprised when they storm the Bastille. Directly inciting violence is both legally and morally wrong.

1It was wrong to lie about it, but that’s a whole different subject.